What does A BEE SEE?

Honey bees view the world very differently to humans. Like the majority of other insects, bees have compound eyes each composed of thousands of facets, or lenses. Each facet is connected to a tiny tube, forming a unit called an ommatidium which also contains a number of cells that respond to light. Drones have considerably more facets than worker bees (about 8,600 to 6,900 per eye, respectively) as they require keen eyesight to detect and pursue virgin queens in flight. Individual signals from the ommatidia are then converted by the bee’s brain into a mosaic-like picture. The compound eyes deliver an amazing 280o field of vision.

Although bees’ visual acuity is considerably poorer than humans (they have far fewer ommatidia than we have photoreceptors), their eyesight is nonetheless remarkable in a number of ways. In 1915, Nobel-Prize-winning scientist Karl von Frisch demonstrated that bees could discern colour by associating food with different coloured cards. In 1927, Professor A. Kuhn proved that bees could also distinguish ultraviolet wavelengths. Like humans, bees are trichromatic, which means they have three different types of photoreceptors. However, humans see in combinations of red, blue and green, whereas bees’ vision is based upon ultraviolet, blue and green. This means that although bees have a much broader range of vision, they are unable to see the colour red, which appears as black. For the bee, white also becomes blue-green. Bees’ favourite colours (or those that are most likely to attract them) are purple, violet and blue.

The bee’s ability to see the shorter wavelengths of ultraviolet light opens up a different world that is literally hidden from human eyes. This is because flowers commonly use ultraviolet markers to attract bees for pollination (red flowers, contrastingly, are often pollinated by birds). Blossoms that appear plain to us may in fact be concealing bold splashes of colour. Many feature ultraviolet ‘targets’ or ‘runways’ to guide the bee to the source of nectar. Ultraviolet light can penetrate cloud cover, but if unable to see ultraviolet wavelengths, bees will cease to forage and remain in the hive. Over millions of years, flowering plants have evolved to become irresistible to the bees they depend on for pollination.

Under very rare circumstances, humans may develop the ability to see ultraviolet wavelengths. This phenomenon in known as aphakia and usually occurs after cataract surgery or damage to the lens. The painter Claude Monet acquired this condition following treatment for cataracts; his later paintings are notable for the liberal use of purples and blues.

But the ability to see ultraviolet light is not the only unusual aspect of honey bees’ eyesight. Bees can distinguish colour much faster than humans and are better able to focus on objects while travelling at speed – that’s why it’s so difficult to catch or swat a flying bee.

Polarised light waves vibrate in a single plane and result from the passage of light through the atmosphere. Bees are able to use polarised light to navigate unerringly even when the sun is not out. Coupled with their three-dimensional vision and ability to calculate distance, this enables them to accurately communicate the location of food sources to other foragers back at the hive.

Finally, in addition to two large compound eyes, bees also possess three much smaller structures on top of theirs heads, each with a single lens, called ocelli. These are also capable of detecting ultraviolet light, and assist in navigation and the maintenance of stability.

The bee’s incredible capacity to see things differently has led to many attempts to construct an artificial ‘bee eye’ or camera – the benefits for science and technology will no doubt be clearly visible! 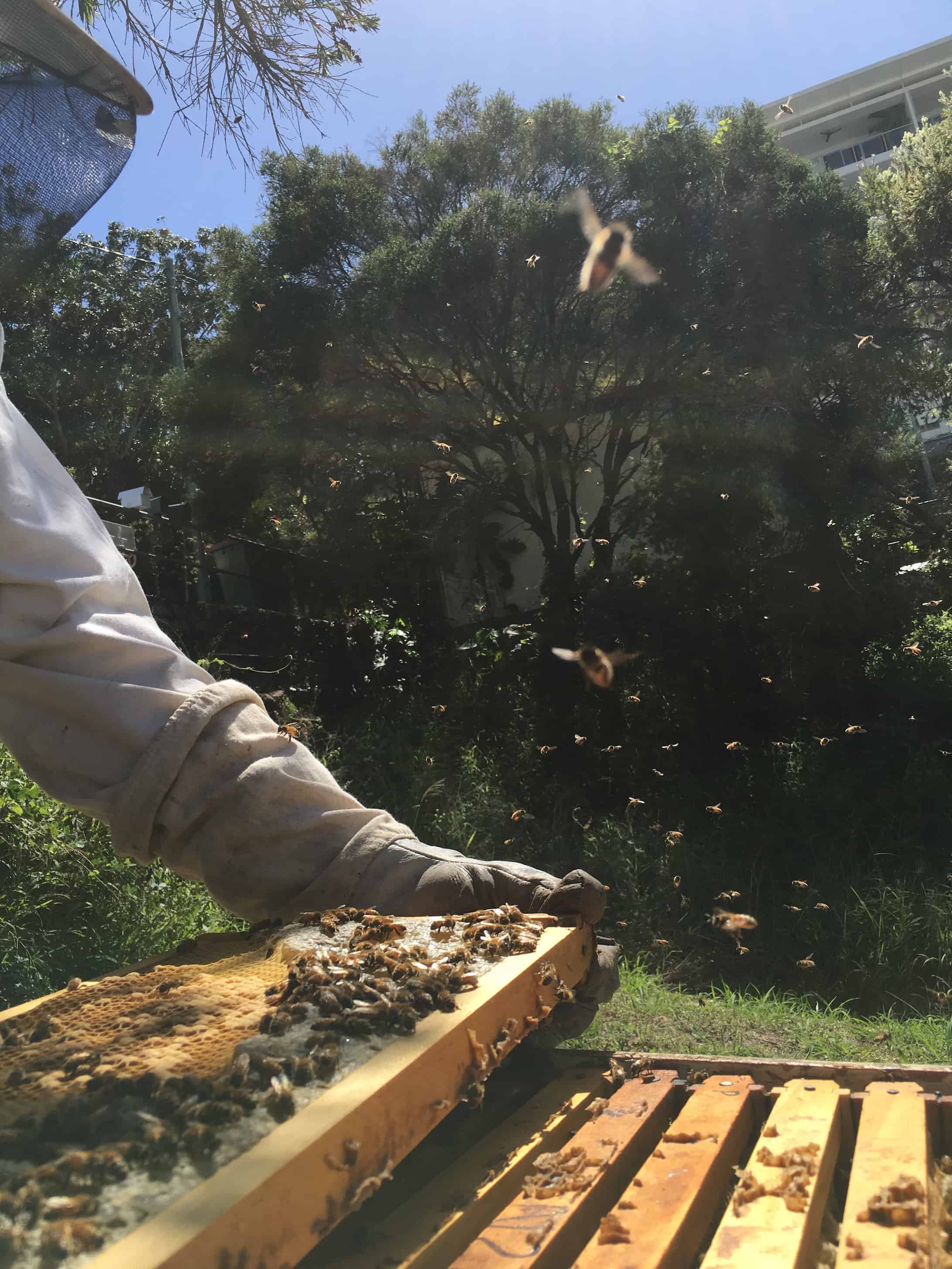 What Does A BEE SEE?