The Flow Hive – does it flow?

The Flow Hive was launched 18 months ago using the fundraising site Indiegogo. The family team behind this invention was seeking $70,000 to help invest in equipment to get them started. That target was reached within minutes and to date over 30,000 Flow Hives have been sold to over 120 countries around the world. The concept is incredibly simple; the frames are made out of plastic, with prefabricated cells in which the bees deposit nectar for the transformation into honey. Once capped the honey is ready to flow. A key is used to break apart the centre frame and the honey dribbles down and out – simple yet effective.

The support for this innovation has been tremendous but there is always that minority that hate change and want to go ‘against the flow’! I was one of the first 500 to get a Flow Hive super with frames, and I was impressed with the packaging and the simplicity of it all. A year ago I put it on a strong hive and waited with anticipation, but unfortunately the magic did not happen! Was it me or the bees? Over the months that followed I started to help more and more people with their Flow Hives in and around Melbourne. At that stage it was early days, but it looked like a lot of keepers were struggling to get the bees to accept the new frames. I discussed my concerns with Cedar Anderson, who along with his father, Stuart, invented the Flow Hive, and was invited to visit his family in Byron Bay and inspect his hives in operation.

I could see that the stress of fame and fortune was wearing on Cedar and his family’s day-to-day lives, but he was happy to talk about the bees and his life on the farm. A stand out moment was standing in the middle of his property surrounded by the pungent smell of fish and chips! Despite becoming a millionaire he still uses recycled cooking oil to fuel his ute.

It was interesting to see how readily the bees accepted the plastic frames in Byron Bay and this got me thinking: could the higher temperatures and humidity (compared to Melbourne) be a factor? It’s only a theory of mine, but it does seem that it takes longer for the bees to respond to the plastic frames in a colder environment. Further confirmation was provided on a recent trip to Townsville, Queensland, where I visited more than ten premises with Flow Hives – all were bulging at the sides with capped honey! Slowly but surely, as time goes by, the hive’s performance is improving in Melbourne. Brushing the frames with pure melted beeswax appears to speed up the process.

What do I think about the Flow Hive? I will only ever own the one Flow Hive, as more of a novelty item than anything else, as I prefer the design that Langstroth perfected in the mid-1800s, in which the bees are allowed to create their own wax cells and not forced to use plastic frames. It’s merely a matter of choice. Bee awareness and protection has definitely increased since the Flow Hive hit the market, and at the end of the day if more people are interested in keeping bees that can only be a good thing. As Simon Buxton, the author of The Shamanic Way of the Bee once said, “The future of beekeeping is not in one beekeeper with 60,000 hives, rather it is 60,000 people with one hive.”

Plastic frames are always going to attract a lot of flak. Some people are up in arms claiming this new product is completely unnatural, but the reality is that many of the commercial beekeeping operations around the world use plastic frames and hardly anyone bats an eyelid!

If you have a Flow Hive or are thinking of getting one, my advice is to do plenty of research, get hold of some books, join your local beekeeping club and ask lots of questions. Flow

Hives require just as much maintenance as conventional hives: the brood box needs to be inspected for diseases; the queen checked for viability; and the overall health of the colony preserved. Remember: take a little and leave a lot for the bees – hold back just a little on the ‘flow’. 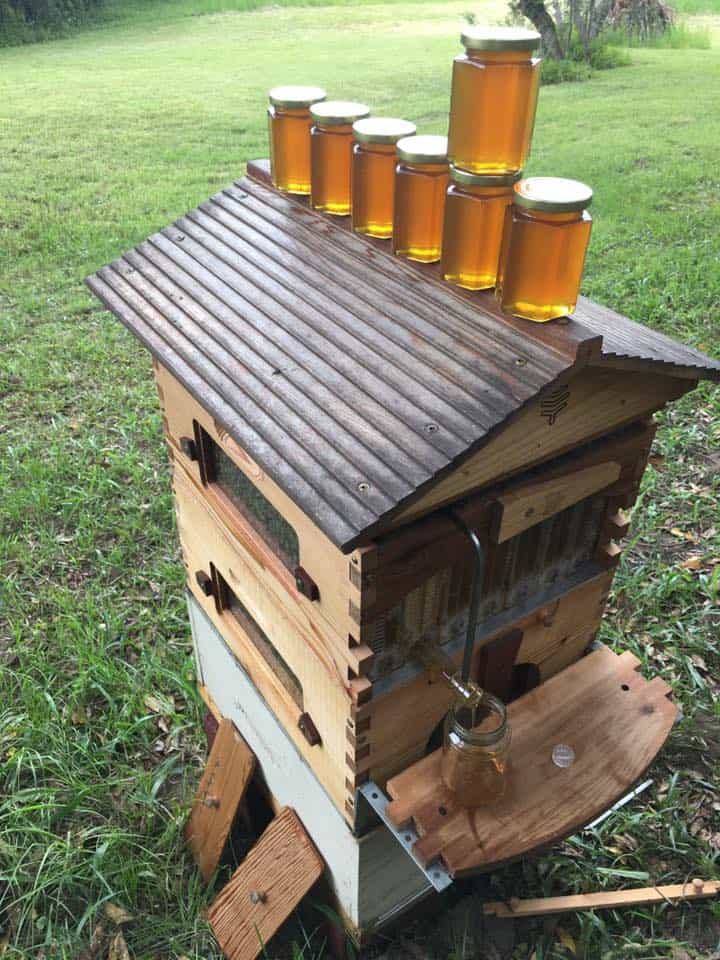 The Flow Hive – does it flow?
Tagged on: Flow Hive