How do bees swarm? (Part One).

Swarming is the activity that ensures the future health, success and expansion of the honey bee colony, through rejuvenation and renewal, and an ongoing process of relocation, which reduces the incidence of pests and diseases, and allows the bees to position themselves to take advantage of changing resources. But in a hive that may number up to about 80,000 bees, this process requires a high degree of coordination, communication and preparation.

Throughout the year, the worker bees construct a number of special, larger cells called ‘queen cups’. These resemble a peanut in shape, and are oriented vertically, unlike the rest of the brood comb, which is ordered in a horizontal plane. The advent of warm spring weather coincides with an abundance of nectar and pollen and signals ideal conditions for swarming. In Melbourne, swarms of honey bees are most common throughout the suburbs between September and December. At this stage, the queen will begin to lay eggs in the queen cups. Despite the striking difference in adult phenotypes, these are identical to those which produce female workers; the only difference being that the larvae are fed on an exclusive diet of royal jelly throughout their development, while workers only receive this special substance for the first two or three days after hatching.

New ‘virgin’ queens will emerge as adults after only 16 days (workers require 21), however, the old queen, along with about 60% of the workers, will often leave the nest as a ‘prime swarm’ soon after the queen cells are capped. Under normal circumstances, the queen would be too heavy to fly any distance, so the workers stop feeding her prior to swarming, and she ceases to lay eggs. Initially, the swarm will not travel very far at all, perhaps only 20-30 metres, and will often cluster temporarily in a suitable tree that has previously been identified by scouts. Up to about 50 scouts – the most experienced foragers – will then seek out an appropriate permanent home site. Generally, this is within one kilometre of their original nest; European Honey Bees typically require a clean, dry space with a minimum volume of about 15 litres, and the potential site should also afford a degree of protection and warmth. In the southern hemisphere, nest sites usually face north or north-east. Melbourne has a relatively mild climate and consequently sometimes an exposed position may be selected.

Returning scouts will communicate details of prospective sites via a dance, which also conveys an indication of their level of excitement. When about 80% or more of the scouts have reached agreement, the swarm will relocate to the chosen site. Usually this occurs within a matter of hours, and it is unusual for the bees to remain at their temporary encampment for more than three days. Sometimes, the temporary camp can become a permanent residence by default when a consensus cannot be reached.

Although bees employ a variety of methods of communication, a special pheromone produced by the queen is likely to play a vital role in the swarming process. Levels of the ‘queen pheromone’ are monitored by the entire colony and may suggest the timing for swarming. An ageing or failing queen will produce less of the pheromone and this may result in her replacement.

Swarming is a risky undertaking generally restricted to larger, stronger colonies of honey bees. Swarms are vulnerable in that they carry no reserve provisions and may be exposed to starvation, particularly if the weather becomes cold and wet – a common occurrence in

Melbourne’s spring. Occasionally, secondary ‘afterswarms’ may be cast, allowing the original colony to reproduce more than once in a given year.

If you encounter a swarm of honey bees on or near your property, you should contact an experienced beekeeper or apiarist as soon as possible, as removal is much simpler before they establish a permanent nest.

What of the fate of the remnant colony left behind, and the virgin queens that are about to emerge from their cells? They face a deadly battle for supremacy that is detailed in Part Two…. 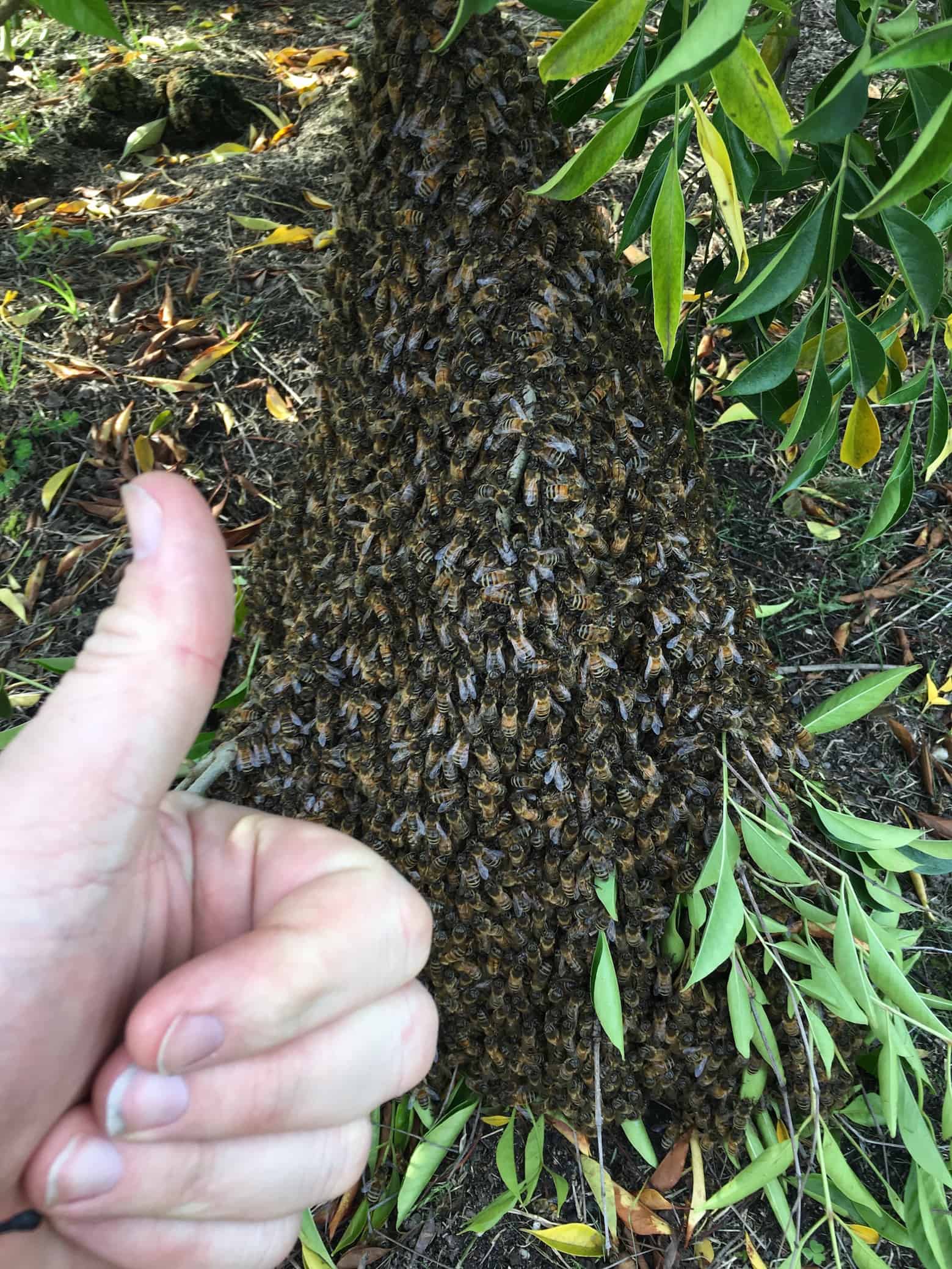 How do bees swarm? (Part One). Melbourne
Tagged on: Bee Swarm Melbourne