How do bees swarm? (Part Two).

Swarming normally occurs in spring, and is a natural part of the life cycle of the honey bee that replicates the colony and helps ensure its continued survival. Around 60% of the workers, or as many as nearly 50,000 bees, leave the hive along with the incumbent queen in the ‘primary swarm’. The swarm takes flight for greener pastures, but what happens to those that are left behind?

Food is not an issue, as the remnant original colony is usually well stocked with provisions of honey and pollen; the swarm departs with only the contents of their stomachs to sustain them on their odyssey. A number of new ‘virgin’ queens will soon hatch from special cells attached to the brood comb. Virgin queens are not as large as mated, laying queens, and can be difficult to identify within the hive. They also seem to emit very little queen pheromone, which means they are not recognised as such by workers. Upon emerging from their cells, they are immediately bent upon destruction; seeking out and dispatching their rivals with their barbless stingers (in some cases prior to their emergence).

With the departure of the prime swarm, the colony remains unstable for a period; the workers may discourage virgin queens from fighting, and occasionally some may leave with smaller afterswarms. Nevertheless, sooner or later they will continue to fight to the death until a single combatant remains per colony. From about six days after emergence, the victorious virgin queen will embark on one or more ‘nuptial flights’, travelling to a drone ‘congregation area’ where thousands of male bees await the arrival of unmated queens.

Unlike workers and queens, drones are haploid (having only one set on chromosomes) and develop from unfertilised eggs deliberately laid by the queen (and sometimes also the workers) in larger brood cells. Drones are almost solely focussed on reproduction and their numbers peak around swarming season. In good weather, thousands will flock to the same congregation areas in early afternoon, using their especially keen eyesight to seek out and then pursue potential mates.

Queens will mate with up to 20 different drones – ensuring genetic diversity amongst their progeny. Mating occurs in mid-air and lasts for mere seconds. Unfortunately, the violent ejaculation of semen causes the drone’s endophallus to be ripped from his body, which quickly results in death. The mated queen stores millions of sperm in her spermatheca, which will be used to fertilise eggs for the remainder of her life. Virgin queens have only a few days to mate; their nuptial flights may be deferred due to bad weather, in which case they will remain unmated and produce only drones. Alternatively, they may fall victim to predation or other mishap and not return from their mating flights. Either way, this heralds the demise of their colonies.

When a mated queen returns from her nuptial flight (or flights), she is attended and fed by workers. She begins to produce queen pheromone, which induces stability within the colony. Her abdomen swells, and within two or three days, she will start to concentrate on the daily routine of producing eggs. A productive queen may lay up to 1,500 eggs per day and reign for four years or more.

Swarms of European Honey bees are a common phenomenon in the Melbourne suburbs during springtime. If you detect a swarm on or near your property, contact an experienced beekeeper or apiarist. The quicker they are able to attend to the swarm, the easier the relocation process is likely to be. 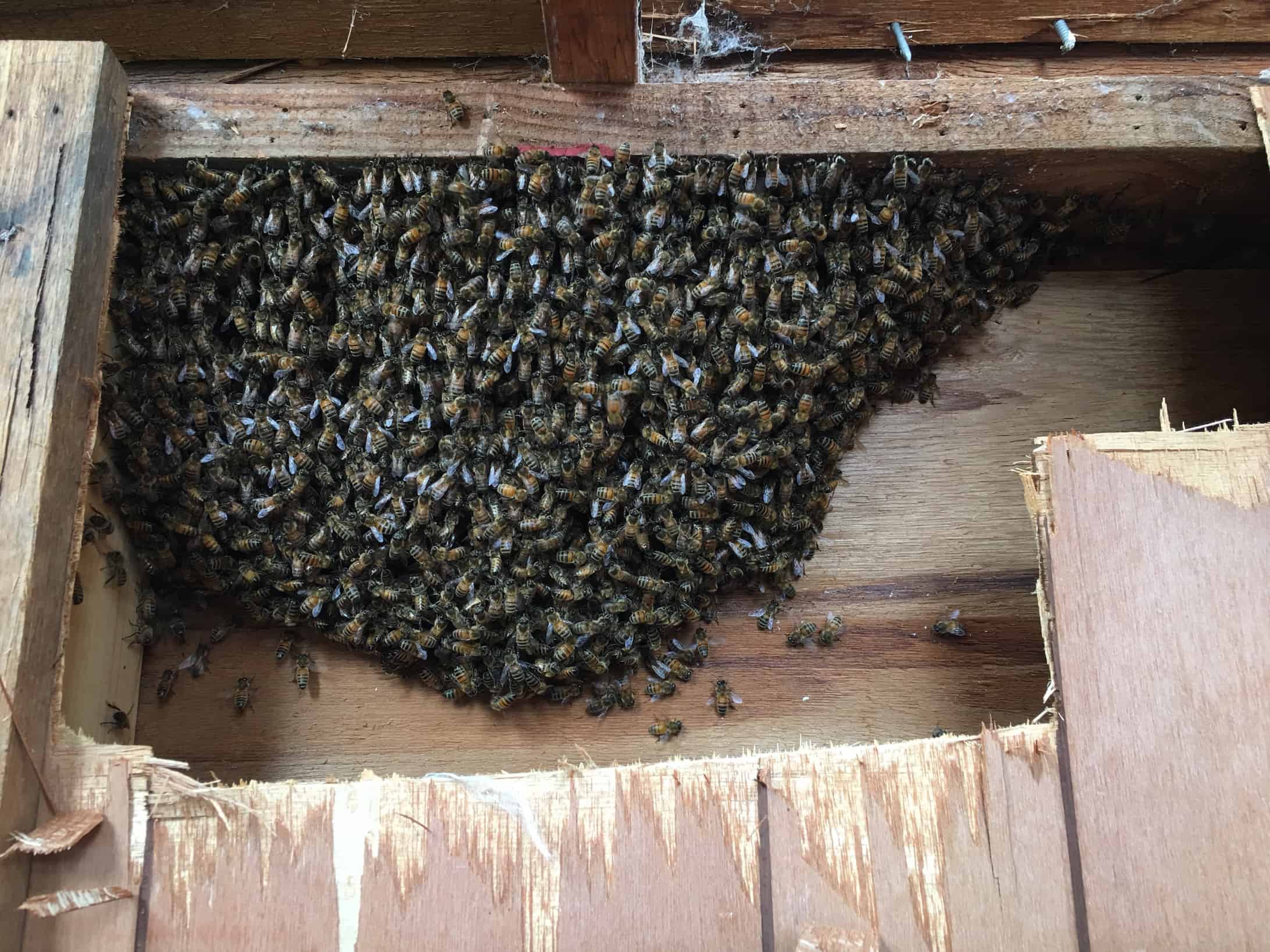