Pollination involves the successful transfer of pollen from the anther, or male part of the flower, to the stigma, or female structure, of a flower of the same species. This results in the production of seed.

In excess of 80% of all flowering plants, together with some additional seed-bearing plants, rely upon biological vectors for pollination, a process known as biotic pollination. More than 100,000 species of animals act as pollinators; most are insects, but around 1,500 species of vertebrates, including birds, mammals and reptiles have also been identified. It is hardly surprising, therefore, that natural selection has resulted in some amazing floral adaptations to attract unwitting pollinators. Many plants favour specific pollinators and have evolved hand in hand with these vectors. Bees are the most important pollinators, and demonstrate flower constancy, which means they are more likely to visit flowers of the same species, increasing the chances of pollination.

Pollination by insects can be traced back to the time of the dinosaurs, and flowering plants have developed coloured petals and scent as attractants. Those that depend upon pollinators that are active during the day are often brightly coloured, whereas plants that rely on moths or bats typically flower at night and have white petals, with a strong fragrance. Birds are attracted to red flowers that produce large quantities of nectar, and flowers that are pollinated by birds and mammals also tend to be relatively large, with extended flowering seasons to sustain specialist pollinators.

Scent is used to attract a variety of different pollinators. Bees and butterflies frequent flowers with sweet-smelling flowers, whereas flies and beetles prefer those with a strong odour. For example, carrion flies and flesh flies are attracted to flowers that produce a fetid stench reminiscent of carrion. The genus Rafflesia, from southeast Asia, are often referred to as ‘corpse flowers’ because they smell like rotting flesh. With no stems, leave or even roots, these parasitic plants are renowned for including the largest single flowers in the world – over one metre in diameter and weighing up to 10 kilograms.

Some species of South African Protea are pollinated by native mice and shrews. These inconspicuous flowers are borne close to the ground and emit a yeasty smell. Although quite palatable to the rodents, the nectar is also indigestible to other animals. Male and female cycads, from inland Australia, attract thousands of thrips in turn with different, distinctive odours. However, a number of orchid species are particularly sophisticated in their use of scent. The Eastern Marsh Helleborine mimics the alarm pheromones of aphids to attract hoverflies, while some Bulbophyllum orchids use a specific chemical attractant to lure fruit flies. Other orchids use scent as part of sexual deception, producing pheromones which attract male bees or wasps, and combining this with an appearance that resembles the female insect, causing the males to attempt to mate with the flowers. Examples are known from around the globe, however Australia is particularly rich in species, including the Broad-lipped Orchid, which imitates female Thynine Wasps.

Floral shape and structure can also be important in selecting for – and sometimes excluding – specific pollinators. Long, tubular flowers may only be accessed by insects with extended mouthparts, such as butterflies, moths, flies and bees, or birds with long beaks. Some flowers, such as tomatoes and many Hibbertia species, require vibration to release their pollen. ‘Buzz pollination’ is achieved by a number of species of bees (including native Australian Blue

Banded Bees and various carpenter bees) by vibrating their wing muscles. Legume flowers are often closed to pollinators and contain concealed nectar. Only strong insects, such as Leaf Cutter or Resin bees, can push open the flowers, and in doing so are smothered in pollen. Other flowers have developed structures to entrap pollinators for a period, in order to increase the likelihood of successful pollination.

In some cases, ants may be useful pollinators, but more often they simply rob flowers of their valuable nectar. Some groups of plants have evolved flowers with sticky peduncles or corollas that preclude access for insects that cannot fly. 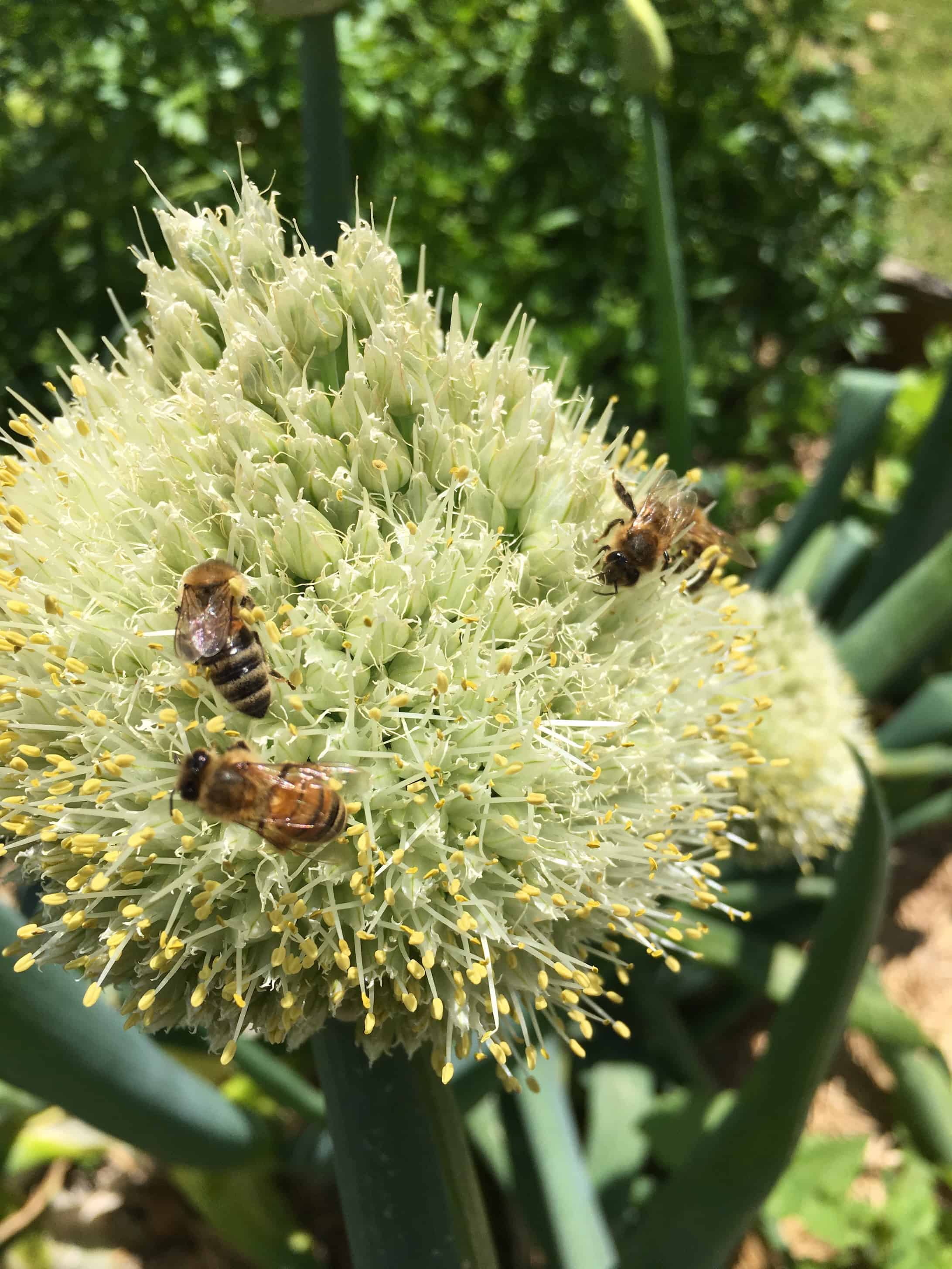