Episode 87 of the Bees with Ben podcast features a young, up-and-coming beekeeper, Stephanie Parsons. Ben met Stephanie a few weeks back when he was asked to talk at Geelong Beekeeping Club and was impressed by her obvious enthusiasm, upbeat personality and love of beekeeping. Steph is living proof that beekeeping can become a rewarding profession for young people – and particularly young women – in the 21st century, especially those that prefer learning in a practical environment, and don’t quite fit the typical ‘nine to five’ routine.

Steph works for Edmonds Honey, a commercial beekeeping operation commenced by John Edmonds and his father in 1982. Today, Edmonds Honey has approximately 500 hives in western Victoria, and produces pure, chemical-free honey from bees that forage in natural bushland. The business is noted for producing queens, and also offers nucleus hives and a comprehensive range of beekeeping equipment through their retail outlet in Mount Duneed, just out of Geelong. John Edmonds was Ben’s special guest a couple of years back in one of the very early instalments of Bees with Ben. He is also full of enthusiasm and has a wealth of experience with bees, not to mention a seemingly unending supply of anecdotes, and is the perfect person to mentor a young person starting out in the beekeeping industry (Steph describes him as her ‘bestie’ despite their age difference).

Steph is working in the retail store when Ben calls. She explains that she had always been ‘dead set’ keen to be in the navy, and had been a navy cadet for years, only to fail the medical due to a lack of colour perception. She also worked for about a year in McDonalds, but ‘hated every minute of it’ as too many customers were simply rude. Then one of her mum’s customers (Steph’s mother owns a fruit and vegetable store) asked if she would like to help tend her bees and Steph jumped at the opportunity (she had previously been introduced to bees by her father, who had a few hives). Steph’s mum had been buying honey from John Edmonds for ‘ages’ and it wasn’t long before she was asked along to Edmonds Honey for an interview. That was during school holidays in Year 12, and Steph spent her first week on the job putting four layers of paint on 500 mini nucs! Steph says she doesn’t have enough patience for university, so at the conclusion of VCE, and after obtaining her driver’s licence, she went to work for John full-time. In beekeeping, she has found her dream job, and at just eighteen years of age, she is a young lady who is obviously going places.

Ben has only just started chatting to Steph when a customer calls to pick up a nuc which has not yet been prepared. Steph asks the customer if they wouldn’t mind waiting for about half an hour, and then sets about assembling her gear and driving to a ‘secret site’ about fifteen kilometres away to collect the bees – the podcast continues uninterrupted throughout!

Steph’s job entails a ‘whole bunch of things’ including bee sales, honey packing and extracting honey, but her main focus is on breeding queens. Edmonds use the Werribee sewage farm to breed queens, since this site is largely free from pollution in the form of other peoples’ bees. They favour Carniolan bees, which they believe to be ideally suited to southern Victoria, as they are docile and can fly in colder weather than Italians, and don’t eat near as much honey. Mini nucs are used to raise the queens; some are kept back from each batch, for the purposes of quality control.

En route to the ‘secret site’ Steph explains that they have sites everywhere, predominantly on private land, since vandalism is a problem on public or government land – once they even had their hives set on fire! The docile nature of their bees can actually be a disadvantage under such circumstances. Where ‘government’ sites are used, Edmonds bolt their hives to pallets using three different types of fasteners (inside and out) and are careful to use ‘stingy’ bees as a deterrent near the entrance. They have even gone to the extent of covering their tyre tracks to conceal the location of their apiaries.

One of the things that Steph finds so interesting about beekeeping is that there are so many different approaches, and no right or wrong way to do things. She loves travelling around working on the bees and says John’s stories are really funny. Her pet hate is stocktaking – she reckons she would rather watch an election! Steph loves that beekeeping is not like a typical office job. The working week usually runs from Monday to Saturday; Steph watches the shop on Saturday while John will go out to the bees and pick up cell raisers so they can graft on Monday. There is usually a day of grafting, a day of catching and a day of putting cells out, but it is all dependent on the weather.  Sometimes they work well into the evening if they are moving bees or catching queens during daylight saving, but there are no set times and it all works out.

Steph says nobody really knows about beekeeping as a career but describes it as the ‘coolest industry’. She reckons the issue is that all the ‘old fellas’ like John have so much knowledge, but no one coming along underneath them. As for the future, besides adding to her collection of ‘ridiculous’ sunglasses, Steph plans to become a professional queen breeder. She says it is a little ‘left field’, without the heavy lifting involved in honey production. She also wants to share information and knowledge, and has her own Facebook page, as well as running all the social media for Edmonds Honey.

Episode 82 of the Bees with Ben podcast focusses on the transition from hobbyist to full-time commercial beekeeper, with the aid of Ben’s special guest,… 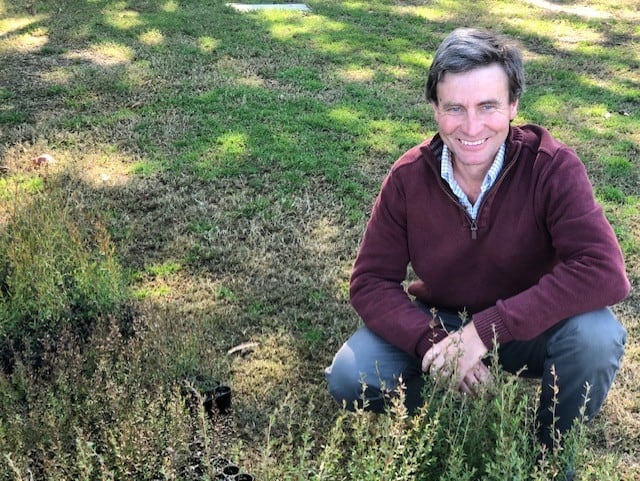 PODCAST EPSIODE 73: Nat and Shane, Beekeepers and Founders of Wondermazing Honeybees, Macedon Ranges, Victoria When you run a bee business, thinking up your business…

PODCAST EPISODE 50: Geoff Ball, beekeeper from Ballan, Victoria (and many other places), Australia Can you believe it has been one whole year since the…