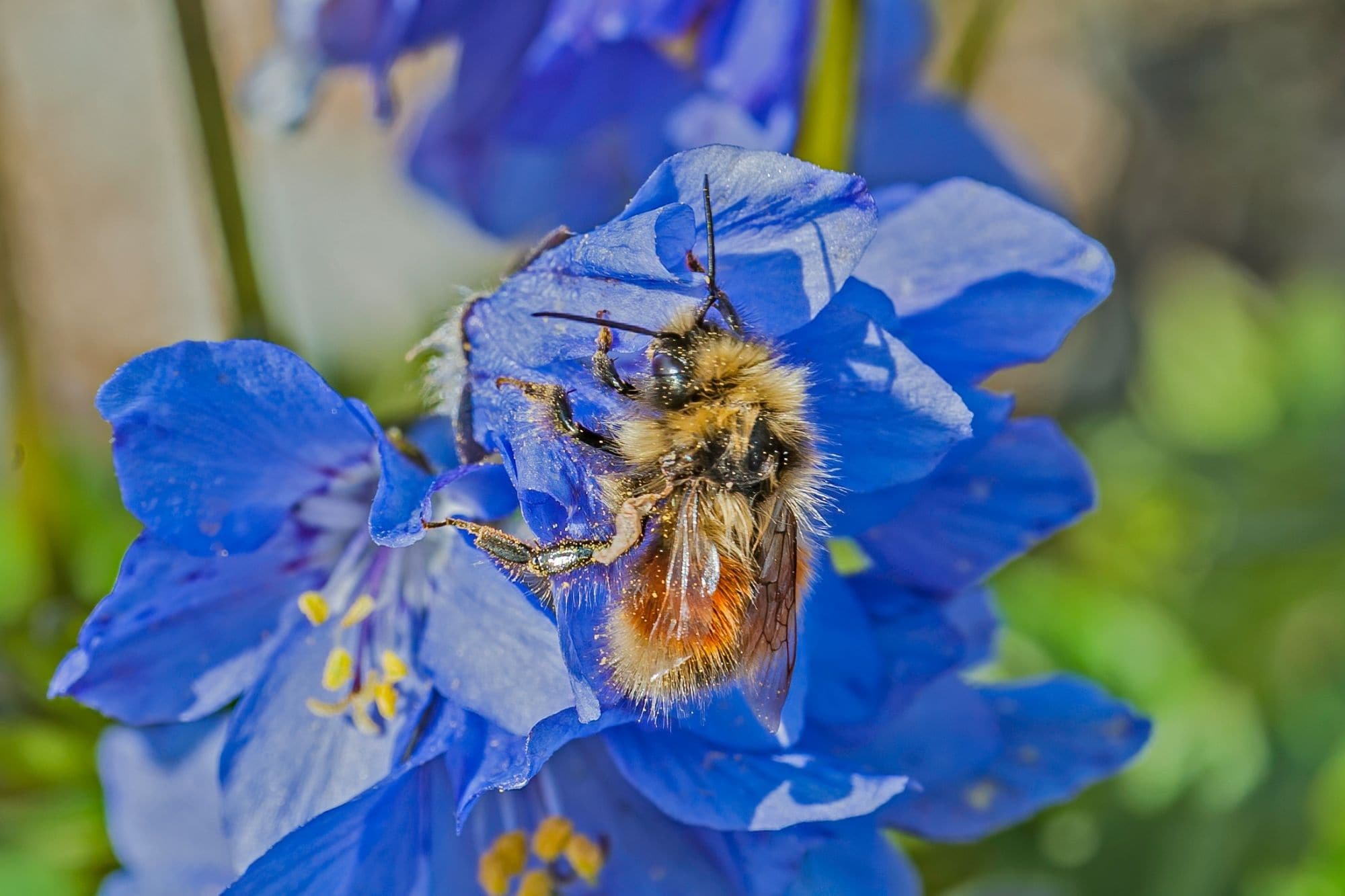 Bees have colonised every continent, except for Antarctica, so that must mean they have encroached upon the frozen wasteland of the Arctic. But what sort of bees can exist within the Arctic Circle, and how do they cope with the frigid conditions and extended winter? Even during the short summer, which lasts just two or three months, temperatures peak at around 10oC!

Nevertheless, one species of bumblebee has managed to conquer this extreme environment. The Arctic bumblebee (Bombus Polaris) has a distribution that circumnavigates the pole and is found in the northernmost parts of Alaska, Canada, Scandinavia and Russia, as well as on Arctic islands.

Despite being poikilothermic, or ‘cold-blooded’ these social insects have evolved a suite of behavioural and physiological adaptations that enable them to overcome the hostile climate. For starters, this is a relatively large species; an advantage under colder conditions, since a larger body mass will retain heat longer. The Arctic bumblebee is endowed with a very thick coating of fur over its thorax and abdomen, which serves as effective insulation, and ensures that its resting abdominal temperature is higher than that of relatives from warmer climes.

Bombus Polaris also possesses large flight muscles, which can be ‘shivered’ to generate metabolic heat. This process of thermoregulation enables the bees to raise their internal temperature to more than 33oC above that of the surrounding air (a minimum temperature of about 30C is required for flight). Whilst airborne, the wings beat at around two hundred times per second; this also generates considerable heat, which is stored in the thorax. In addition, Arctic bumblebees have learnt to take advantage of the solar reflective properties of conical flowers, such as the Arctic poppy, and will use the flowers as ‘miniature sun beds’; basking to soak up the sun.

The Arctic bumblebee’s lifecycle is also extensively modified to suit the prevailing climate. Mated queens hibernate for nine months during the bitter winter, taking refuge in an underground burrow. In late May, as soon as the Arctic willow trees and other early flowers such as louseworts and avens begin to blossom, the queens awaken and immediately begin to seek out these first sources of nectar and pollen. They have a tight schedule to work to, and a tremendous amount of energy is required in order for them to raise their brood.

The Arctic bumblebee’s ability to forage over long distances and at low temperatures has made it a key pollinator of many endemic plant species, including the Arctic rose and the Arctic poppy. Arctic flowering plants are constricted to the same short window for growth and reproduction that hampers the bees, and blooms emerge rapidly once the snow starts to melt. One advantage of the fleeting Arctic summer is that there is twenty-four-hour daylight, meaning that the bees can constantly forage. And speaking of brood, B. Polaris has managed to speed up the process of egg development as queens store heat in the abdomen rather than the thorax, and eggs are incubated internally.

The queens will commence by laying up to twenty eggs; all of which will develop into sterile workers. Queens incorporate a small honey store into their embryonic nests, as an immediate source of nourishment, and maintain a constant temperature of 25-30C by vibrating their wing muscles. Within a few days the eggs hatch, and just ten days later they have matured into adults responsible for the day-to-day maintenance of the colony. However, unlike most temperate species, the queen will continue to forage, even whilst busy laying eggs.

The second batch of brood contains drones and up to a hundred new queens, however, it is unusual for more than one to survive the rigours of winter to establish a new colony. At the end of the brief summer, the colony will perish along with the old queen, and it is left to those in hibernation to begin anew the following spring.

Ancient Cuisine Part 1:  Dormice Dipped in Honey, Fermented Fish Sauce and Flamingo.  Honey was indispensable to many ancient civilisations as a natural sweetener and…

The Mythology of Bees The bee has been mythologised by cultures across the world. They have appeared in many sacred texts, from the Bible to…