The Honey Bee in Australia Part 2: The Most Successful of Immigrants!

European Honey bees quickly became established in Australia, and early potential for the establishment of a beekeeping industry was apparent. Mild climatic conditions meant that less honey had to be left in reserve to sustain the hives through winter, and the unique endemic vegetation constituted a bountiful source of pollen and nectar that was easily accessed by the bees, since the flowers of many species are not specialised to suit a particular form of pollinator and have evolved to attract a wide variety of organisms. Honey bees also became indispensable for commercial pollination of many crops.

The prospects for commercial beekeeping were ably illustrated by Victorian apiarist Thomas Bolton, who in 1903 challenged the practice of clearing forest for pasture in the Western District through the simple logic that every square mile of woodland could generate £150 per year in honey, compared to a paltry £80 through grazing. In 1921-22, Australia produced more than three thousand tonnes of honey, and exports fetched a total of £84,417. By 1958-59 that had increased to an output of nearly sixteen thousand tonnes, with a value of £1,803,000.

Today, there are about 20,000 registered Australian beekeepers, who manage a total of around 650,000 hives. The industry as a whole generates between twenty and thirty thousand tonnes of honey every year, although this fluctuates significantly due to weather conditions and other natural phenomena such as bushfire and flood. This puts Australia close to, if not amongst, the top ten honey-producing nations of the world. Much of our honey is destined for the export market (Australia is also one of the top five exporters), and the unique nature of the Australian bush results in honeys that have a colour, aroma and taste all of their own – some are also endowed with therapeutic properties – that have become popular with consumers around the world. Leatherwood honey, from Tasmania’s remote rainforests, is produced in very limited quantities and is prized by connoisseurs for its complex, spicy aroma and taste. Manuka honey is renowned for its special healing abilities (strict standards are now ensured by the Australian Manuka Honey Association), and is rivalled in that regard by Jarrah honey, which is derived solely from the southwest corner of Western Australia. Macadamia trees, native to southeast Queensland and northeast New South Wales, produce honey that is acclaimed for its strong and sweet flavour, with fruity accents, while eucalyptus honey, from a wide variety of sources, is an enduring favourite, with a bold flavour and moderate sweetness. Roughly seventy percent of Australian honey is produced from native flowering plants; along with the income generated from sales of associated products such as beeswax, and from pollination services, the Australian beekeeping industry has a gross revenue that may exceed a hundred million dollars per year.

This is dwarfed, however, by the value of crops contingent upon honey bees for pollination. It has been variously estimated that as much as 80% of commercial pollination is undertaken by bees, and that 65% of our agricultural produce is dependent upon these invaluable pollinators. A diverse range of crops, such as almonds, apples, pears, avocados, blueberries, cherries, cucumbers, pumpkins and canola seed, rely almost entirely on honey bees. For many others, pollination by honey bees results in enhanced seed or fruit set, better shape or storage properties, or more uniform maturation. Many beekeepers offer pollination services, however wild European honey bees nevertheless continue to be responsible for a substantial proportion of agricultural pollination. Honey bees are now believed to be crucial in contributing up to an incredible nineteen billion dollars to our annual economy!

Unfortunately, bees are in serious decline all over the world, due to a phenomenon known as colony collapse disorder, which may be linked to the insidious varroa mite, and a range of other threats. Due in part to the isolation of our island continent, Australian honey bees have relatively unaffected by these problems and are probably the healthiest in the world. Luckily, Australia remains free from the parasitic varroa mite, and the various beekeeping association are working hand-in-hand with government biosecurity officers to ensure it stays that way. Native stingless bees have shown particular resistance to pests and diseases and are not targeted by varroa mites. Ongoing research is examining the potential of stingless bees to act as commercial pollinators as a contingency in the event that honey bees in this country are seriously impacted.

There is little doubt that the European honey bee is one of our most successful immigrants, so why not help celebrate the bicentenary of their arrival in 2022!

Apiophobia – the fear of bees. The English word phobia is derived from the Greek phobos, meaning fear, and can be defined as ‘a persistent…

The Beekeeping Industry in Australia. The European honey bee (Apis mellifera) was first introduced into Australia in the early 1820s and rapidly became firmly established…. 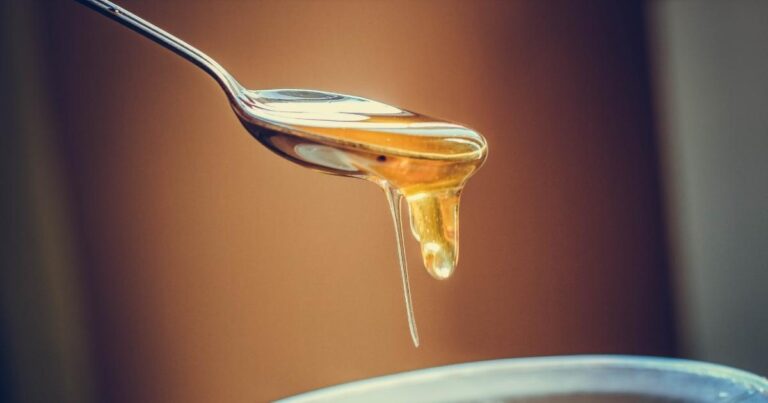 While honey is composed almost entirely of sugars and water, there are a lot of other important ingredients too. Find out what’s in your spoonful of honey!