Despite conflicting statements from those with vested interests, there is substantial and compelling evidence that neonicotinoids – the most commonly used insecticides in the world – produce detrimental environmental effects. Linked to colony collapse disorder in honey bees, they have the potential to cause catastrophic commercial and environmental impacts by removing the pollinators that most flowering plants are dependent upon. So what has been done to limit the use of these chemicals, and how are we affected here in Australia?

The United States Environmental Protection Agency first moved to reevaluate one of the most common neonicotinoids in 2008, and has since added others to the list. Frustrated by their subsequent inactivity, the EPA was sued by a group including several beekeepers in March 2013. Later the same year, proposed legislation to suspend the usage of four common neonicotinoids stalled in congress. Further north, in Canada, Montreal acted to reduce the use of neonicotinoids as seed treatments and then introduced a complete ban within city limits n December 2015. Predictably, this met with opposition from pesticide manufacturers, who claimed that if farmers were not able to use neonicotinoids, they were likely to use something even more dangerous!

With Italy, France and Germany already having independently restricted the use of neonicotinoids, the European Commission ordered a study focussed on their safety in 2012. Based upon conclusions that neonicotinoids posed unacceptably high risks to honey bees, and that data provided by insecticide manufacturers may be compromised in a number of important aspects, a two-year limited restriction on three common neonicotinoids was voted into effect across the European Union commencing December 2013. Voting was by no means unanimous (the United Kingdom notably voted against the proposal), and although hailed by environmentalists, the decision attracted mixed reactions from the scientific community.

In March 2017, a report presented to the UN human rights council accused pesticide manufacturers of ‘systematic denial’ and ‘unethical marketing tactics’ and cited ‘catastrophic impact on the environment and human health’. A UN official noted the power that the large corporations producing pesticides exercise over governments and the scientific community, and claimed that it is a myth that pesticides are necessary to ensure sufficient production of food to feed the world’s population.

Later in the same month Damian Carrington, reporting in the Guardian, detailed draft regulations produced by the European Commission which would result in a total ban on neonicotinoids in fields across the EU (greenhouse-grown plants being excepted). If approved, the ban could be enacted within months.

The Australian Pesticides and Veterinary Medicines Authority, however, still appears to have its head in the sand. Denying that neonicotinoids have caused any decline in honey bees in this country, the APVMA maintains that it is ‘looking at the consistency of warning statements’ on pesticide packaging, and investigating whether testing is adequate to reveal the ‘subtle’ effects of neonicotinoids.

Sounds like we have nothing to worry about. However, Jeffrey Gibbs, writing in The Australasian Beekeeper, paints a very different picture. Citing a variety of industry sources,

he claims that Australian honey bees are in ‘crisis’ due to persistent unchecked use of neonicotinoids, with 30% overwintering losses being commonplace, along with a dramatic decline in numbers of hives and evidence of what appears to be colony collapse disorder, precipitated by exposure to neonicotinoids and resultant depression of the bees’ immune system. In response, more than 80% of beekeepers in southern Australia are treating their bees with antibiotics, simply to keep them alive, and this has flow on effects with further weakening of immune function and the possibility of contaminated honey.

It is difficult to overstate the magnitude of the calamity described by Gibbs, who concludes his article with an empassioned plea for Australian beekeepers to unite and take action. Despite the advantage of geographic isolation, and the consequent exclusion of destructive pests such as the Varroa mite, Australia is lagging behind the rest of the world in regard to regulating neonicotinoids, and their continued widespread usage represents a ‘clear and present danger’ to Australian bees, upon which, ironically, many commercial crops are reliant for pollination.

Australian Pesticides and Veterinary Medicines Authority, Overview report on bee health and the use of neonicotinoids in Australia February 2014; https://archive.apvma.gov.au/news_media/chemicals/bee_and_neonicotinoids.php 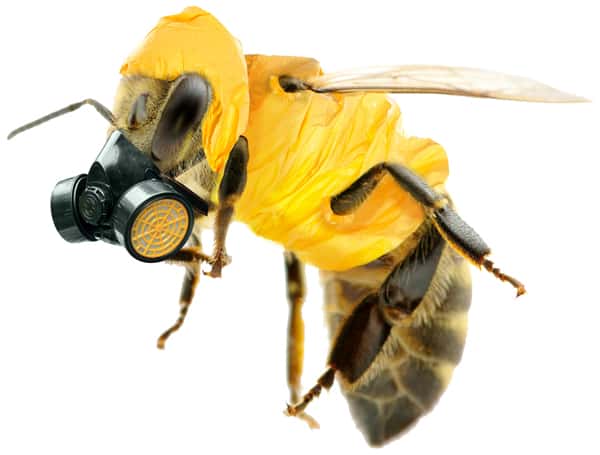 An Introduction to Native Australian Bees Native bees are vital pollinators of Australia’s unique flora and are an important part of the Australian bushland. Honeybees,…

Ancient Cuisine Part 2: The 2,500-year-old Cheesecake.  If a sweetening agent is essential for any form of cooking, it must be for desserts, and in…