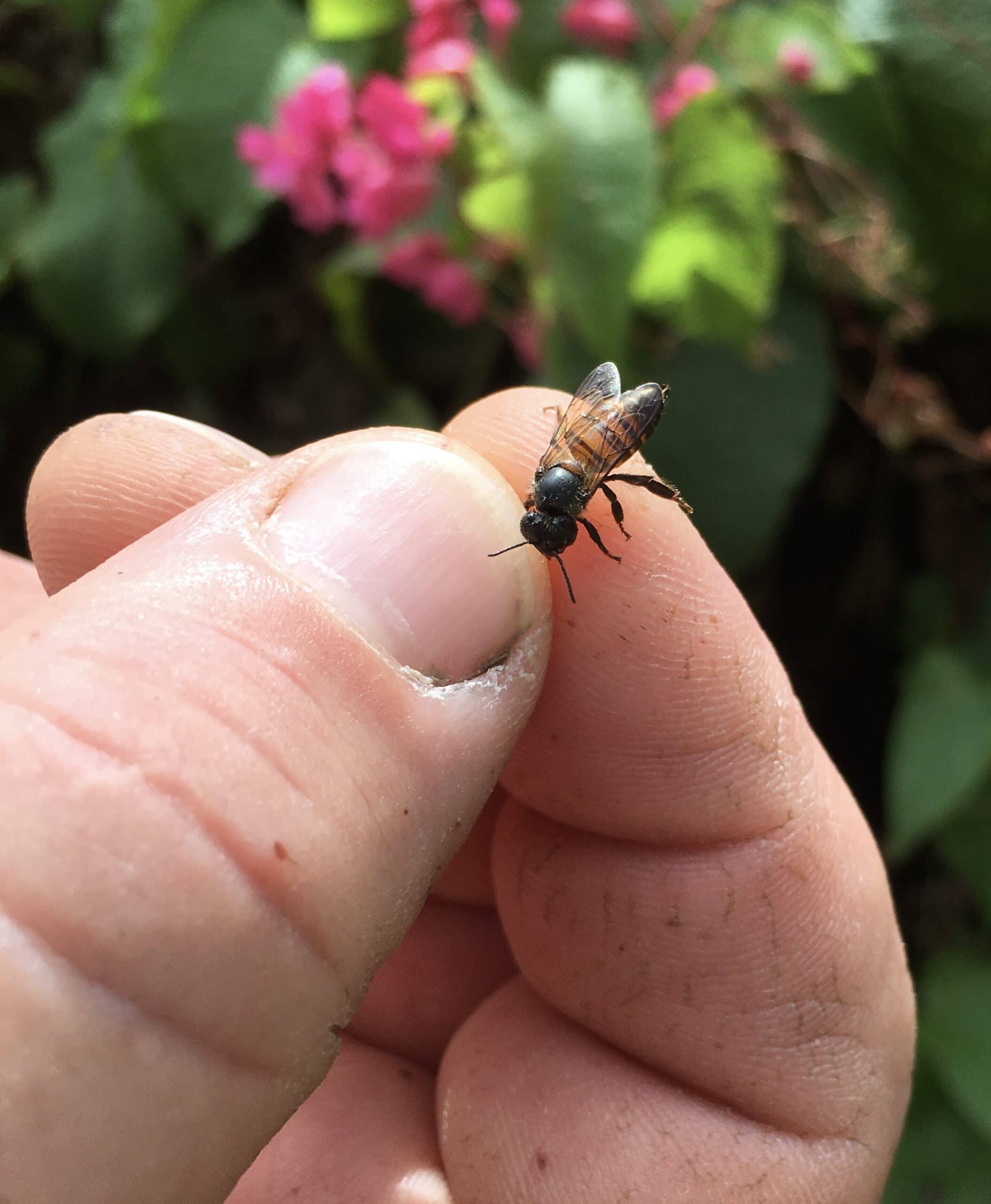 ‘Flying Cane Toads’ Part 1: An Unwelcome Immigrant.
A little over ten years ago, Australia faced an ecological and financial disaster so dire that the
potential consequences were estimated to threaten agricultural produce worth up to $6 billion
per year and imperil our food supply. The organism responsible was referred to by Greens
Senator Christine Milne as the ‘21st century equivalent of the Cane Toad’ and the ‘Cane
Toad with wings’.
Concerned apiarists descended on Canberra to protest the government’s handling of the
situation, and the event received widespread media coverage, including the Sydney Morning
Herald. At issue was the Department of Agriculture, Fisheries and Forestries’ (DAFF)
decision to scrap its $3 million program to eradicate the Asian honey bee (Apis cerana),
ostensibly because this goal was not now feasible, given that Apis cerana had been detected
five kilometres outside a fifty-kilometre control zone in northern Queensland. Beekeepers
had run a public awareness campaign (‘Food security needs bee security’) that claimed the
verdict was flawed and that the entire bee and honey industry, including vital pollination
services, was at risk of being wiped out. At the time, Australia’s annual production of honey
and associated products was estimated to be worth around $80 million per year, while $4-6
billion worth of agricultural production was said to be reliant upon honey bees.
Nevertheless, funding remained problematic; according to DAFF other industries dependent
on bees declined to contribute to the management program. Christine Milne called for a full
cost-benefit analysis of the impact on agriculture, the environment and the honey industry,
while the Shadow Minister for Agriculture and Food Security, John Cobb, called on the
federal government to fund the fight against Asian honey bees, “The question is not what it
will cost to eradicate the Asian bee; it is how much it will cost Australia if we do not
eradicate this pest.”
In May 2007 Asian honey bees were found inside the mast of a yacht in Cairns; the bees
avoided containment and were soon found nesting in tree hollows, houses, letterboxes and
other boats. But what do we know about this recent intruder, and why is its potential impact
so devastating?
Although there are more than 20,000 known species of bees, there are only eight species of
honey bees, all contained in the genus Apis. They are typified by their eusocial lifestyle,
existing in large colonies that reside in permanent nests constructed from wax, and by the
storage of excess honey to provide sustenance during lean periods. Of these, only the
European or western honey bee (Apis mellifera) and the Asian or eastern honey bee (Apis
cerana) have been truly domesticated by humans, partly because of their habit of constructing
nests in cavities; the former species is responsible for the vast bulk of commercial honey
production and has been spread around the globe. Asian honey bees are generalists and can
act individually or as part of a colony, and this flexibility has enabled them to become highly
successful invaders.
The Australian beekeeping industry worried that A. cerana would undermine European honey
bee colonies by competing for resources, robbing hives and spreading parasites and disease.
However, the destructive potential of the Asian honey bee is based upon almost solely on the
species’ ability to carry and transmit varroa mites.

Varroa mites, also known simply as varroa or bee mites, are one of the major stressors
leading to colony collapse disorder and have had a profound effect upon bees and the
beekeeping industry, decimating honey bee populations around the world. The mites feed
upon the ‘blood’ or haemolymph of the bees, and in the process act as vectors for diseases
and at least five viruses, including the deformed wing virus (DWV).
The use of nesting cavities renders the European honey bee and the Asian honey bee
vulnerable to the mites. However, the natural distributions of these species are mutually
exclusive, and until comparatively recently A. mellifera was not exposed to varroa mites,
meaning that A. cerana was the natural host.
Varroa jacobsoni was first described in 1904, when it was discovered on A. cerana in Java.
Relocation of A. mellifera to the native range of A. cerana resulted in contact with the mites,
probably in the Philippines, and the infection spread quickly. In the early 1960s varroa mites
were detected in Japan and the Soviet Union; in the 1970s they spread to South America; in
the 1980s they gained a foothold in much of eastern Europe and North America; and in 1992
they were found in the United Kingdom. In 2000, researchers identified two races of a second
species of mite, Varroa destructor, the ‘Korean’ variety of which is largely responsible for
the aggressive spread of the mites around the world. Subsequently, in 2008, two separate
lineages of V. jacobsoni (which was previously found to be incapable of reproduction on
European honey bees) were discovered to be reproducing in the brood of A. mellifera in New
Guinea.
Colony collapse disorder (or CCD, which may be largely attributable to varroa mites)
accounted for the loss of around five million honey bee colonies worldwide in the six years to
2013; annual losses in North America and Europe have continued to average approximately
30%, while a decline of more than 50% was noted in Northern Ireland. But if varroa mites are
capable of rapid reproduction amongst European honey bees, surely it is the mites themselves
we should be concerned about, not A. cerana? What has happened to the incursion of Asian
honey bees in north Queensland over the last ten years, and do these ‘flying Cane Toads’ still
represent a significant threat to Australian honey bees and agriculture? 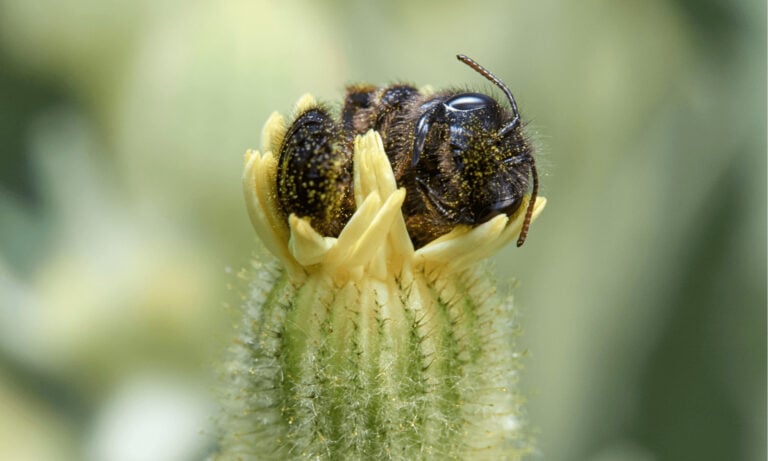 We’re all aware of the saying, ‘as busy as a bee’ and we know bees are so hardworking! But do bees sleep? Find out! 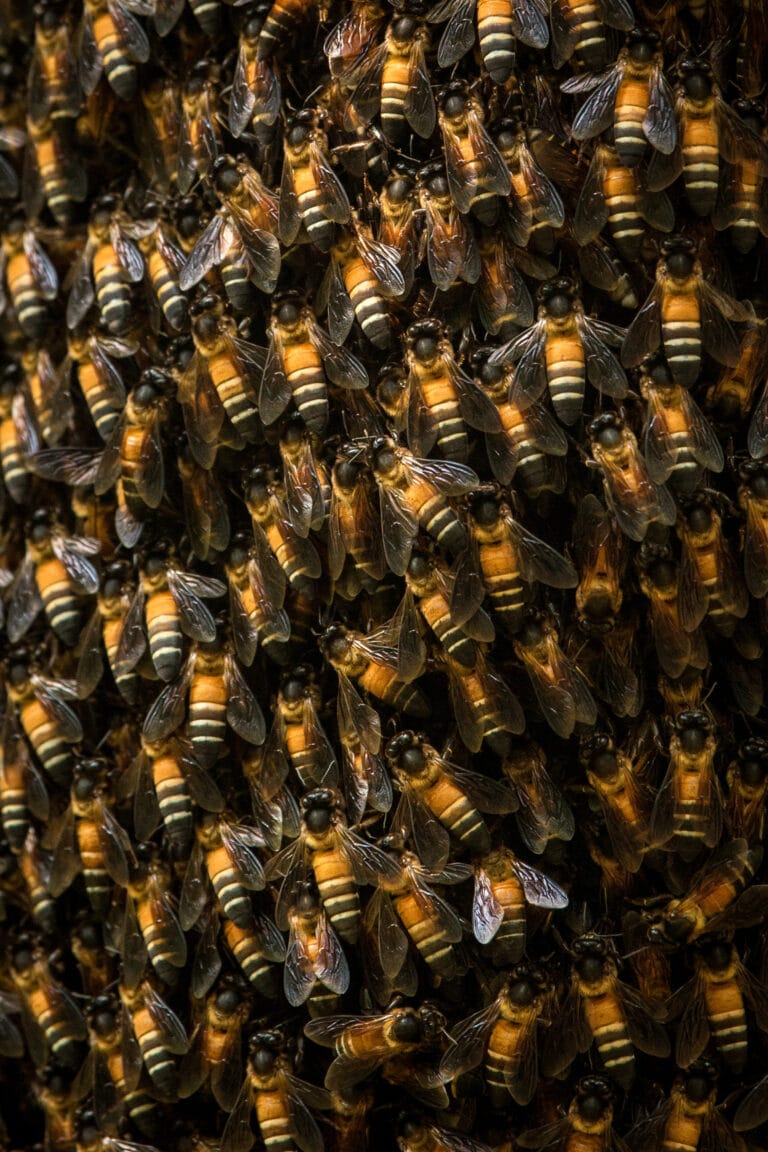 ‘Flying Cane Toads’ Part 2: Permanent Residency.In March 2011, media reports warned of dire consequences in the wake of the federalgovernment’s decision to scrap an…