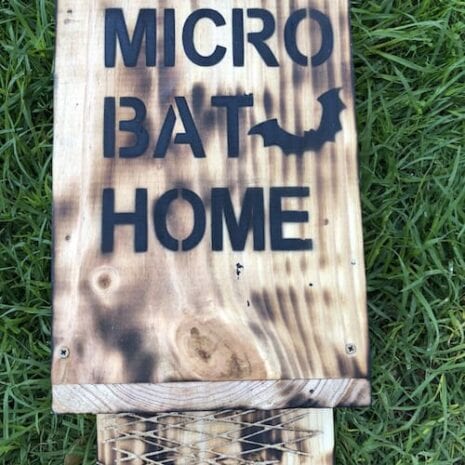 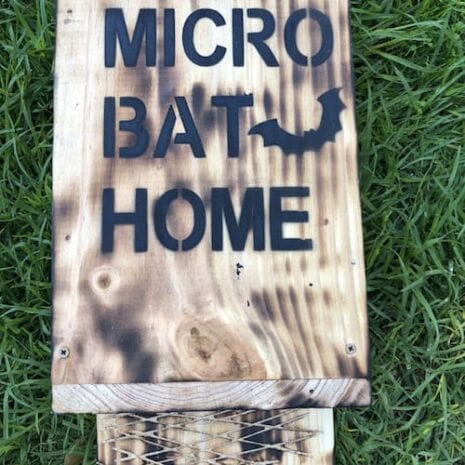 You might be wondering why Ben’s Bees make bat boxes (and even offer free shipping for them, Australia-wide). Bat boxes don’t have much to do with bees, surely? There’s actually an important reason why we offer this quality timber bat box for sale. Let me explain.

There are around 1,100 species of bats around the world. Australia is home to around 90 species, and they can be divided into two main groups.

The first type are megabats. Usually called flying foxes, they have a wingspan of up to 1 metre. They feed on fruit, blossoms and nectar, and have well-developed eyes and a strong sense of smell that allows them to find food. They live in small social groups in trees known as a camp or colony. These are the bats we most usually associate with the mass migration that fills the skies in summer. These bats eat a diet of mostly fruit, and can actually help pollinate many species of flowers as they forage at night on the nectar they love to consume.

However, I am most fascinated by the second, pocket-sized variety of bats.

Microbats are tiny bats, around 4cm in length, and with a wingspan of just 25cm. Unlike megabats, microbats use a navigation process known as echolocation to navigate in complete darkness, with some species spending their days deep within caves. Others can be found resting beneath bark on trees and in man-made structures such as houses and buildings. In Victoria, there are 21 species of microbat, although it’s likely you’ve missed them due to their inaudible screech, tiny size and hiding abilities. You may not even realise that there may be some microbats snuggled in a nook in a tree in your own backyard, darting around when you least expect it.

As I’m always outdoors tending to the bees, I’m often under attack by mosquitos. Now, this may sound strange, but I’d actually prefer to be stung by a bee than bitten by a mosquito. The itch from a mosquito bite can last hours! But what’s even scarier is mosquitos pose a greater threat to human life than any other animal on the planet! Yes, that’s right, mosquitos!

Almost 1 million people die around the world each year from the diseases mosquitos carry, such as Dengue fever and Ross River fever. The more I thought about this, the more nervous I became: I’m always emptying small buckets or puddles of water and revelling in seeing mosquito wrigglers dying. However, I can’t control what happens around me, in my neighbour’s garden for example. The more I thought about it, I realised I needed to think of a solution.

This is where the bat boxes come in.

Are Bat Boxes A Good Idea?

Yes, they are! Despite their size, microbats serve a unique purpose, consuming thousands of insects that cause damage to crops and threaten humans (notably, the treacherous mozzie!). In fact, a single microbat can consume over 1,000 mosquitos in a single night – that’s more than I could easily swat away! Therefore, it is important we do our best to provide happy homes for Australia’s microbats.

Is It Safe To Have A Bat House In Your Yard?

It’s completely safe to put bat boxes in your backyard! Bats are very quiet. The only noise you’ll hear from them is their excitement at dusk as they leave their homes while making tiny delicate noises in search of insects. There might be a small amount of defecates directly under their home, but this makes a brilliant compost for your garden!

How Do You Attract Bats To A Bat Box?

A purpose-built bat box is a perfect way to encourage these amazing little creatures into your garden. It gives them their own home to roost in during the day. There’s not much you need to do to attract bats into the box, just set and forget!

In built-up urban areas, it’s straightforward to attract them. In nature, they use hollow logs of trees. It can be common to find them inside the roof spaces of houses.

If you find your bat box isn’t attracting any bats, you may just not have many bats in your area at the time.

How Many Bats Can Live In A Bat House?

My bat boxes use the same materials as the beehives I make. They are made from sustainably produced and radiate pine from Victoria.

Ben’s Bees bat boxes are big enough for a colony of microbats to live in each box. A colony has about 8-12 bats. Now think about it, that’s a lot of mosquito-eating!

I flame torch the wood and the boxes are wax-dipped for 10 minutes at 160C. This will preserve the wood from the elements yet give the microbats the perfect box to call home each day.

Can You Put Bat Boxes In Trees?

Absolutely! Just make sure the tree is a minimum of 4 metres high.

Where Should A Bat Box Be Placed?

You can place your bat box high up on a side of a house, but they work best high up in a tree. It’s important that the boxes are well secured to prevent them from falling down, especially in a storm.

As per above, a bat box should be placed in a tree that’s at least 3-4 metres high and in the shade. Face the box in a northeast direction. If your budget allows, ensure two or more boxes are placed around your property to give the bats a choice of where to rest.

Do You Have To Clean Bat Houses?

There’s no need to clean a bat box. The microorganisms and other weird and wonderful creatures will consume their defecates. As long as the timber box is built and preserved well, a bat box will last decades!

I’m sure you probably hate mosquitos just as much as I do, so I’ve decided to make these bat boxes free freight anywhere in Australia! To claim this, just click the pickup option when you’re at the checkout, and the bat box will be delivered directly to your front door.

Let’s provide some homes for the bats and keep those mozzies at bay!

Be the first to review “Bat Box For Sale” Cancel reply