Worker bees are by far the most numerous caste of honey bees, comprising over 98% of the colony and numbering as many as 80,000 individuals. Workers are smaller that drones or queens, and are considered to be sterile females; they originate from fertilised eggs that are identical to those that result in queens, but are only fed royal jelly for the first two or three days of their development and thereafter honey and pollen. Workers are responsible for the daily maintenance of the colony – everything except reproduction, although in rare cases workers may also produce eggs – and possess a number of anatomical specialisations for this purpose.

Worker honey bees emerge from the brood cells as adults after about 21 days. They then progress sequentially through a range of occupations. The first couple of days are concerned with cleaning brood comb cells for reuse. The queen will inspect the cells prior to depositing eggs, and reject any that she deems unsatisfactory. After this, the workers become nurses and tend to the brood. From about day six, they begin to secrete royal jelly from their hypopharyngeal glands. Older nurse bees also surround the queen; feeding and grooming her, whilst also collecting ‘queen pheromone’, which is distributed throughout the colony and maintains the status quo.

From about day 12 through to day 17, the workers produce wax from glands in their abdomens; an activity that requires the consumption of large amounts of honey and pollen. The wax is collected by other workers and used in the construction and repair of comb. The workers are also engaged in a variety of other activities during this period. One of the most important is the regulation of temperature. It is imperative that the brood chamber is maintained at around 34.5oC, while the rest of the colony requires a temperature in the range of 33-36oC. Workers create heat by huddling together, and cool the colony by circulating air with their wings. Water may also be deposited strategically around the hive to facilitate evaporative cooling.

Workers are also responsible for helping to unload foraging bees and for processing the materials they have collected. They complete the transformation of nectar into honey, incorporating digestive enzymes and repeatedly regurgitating and ingesting it, before storing in cells and fanning to reduce water content. Finally the cells are sealed. Pollen is also packed into cells and sealed with a layer of honey to avoid spoilage. The fermented pollen is known as ‘bee bread’ or ‘bee pollen’ and is the primary source of protein for the colony. Resins collected from sap flows, leaf buds and flowers are combined with beeswax to produce propolis, or bee glue, which the workers use to line the interior of the hive, and to seal small cracks and holes. Water is used for cooling and mixed with honey and pollen to feed the larvae.

Other duties include assisting young adult drones (which are apparently too stupid or lazy to feed themselves) and the elimination of dead or sickly bees and larvae, surplus drones and unrecognised queens.

The final function of mature workers prior to leaving the nest is to act as a defence force. In addition to being stationed at the entrance, they will also patrol the vicinity of the colony. Intruders that remain undeterred by an audible warning may be stung, while alarm pheromones alert other guards to the danger.

Approximately three weeks after emerging as adults, worker bees will cease to be concerned with the inner workings of the hive, and devote the remainder of their lives to foraging for essential resources, travelling up to three kilometres in search of these valuable commodities. By this time, the workers’ hypopharyngeal glands and wax-producing glands have become inoperative, and a number of orientation flights have familiarised them with local geography. Foraging ability is enhanced by an elongated proboscis to collect nectar, which is stored in the large honey stomach. Pollen is transported in the pollen baskets, located on the hind legs. Individual bees communicate the whereabouts of abundant resources to other foragers via a ‘waggle dance’. Foragers also act as scouts to seek out appropriate nesting sites for swarms.

The life expectancy of a worker honey bee during warmer months is about five to seven weeks. The colony ceases active production in winter and workers which emerge in autumn may survive for four to six months until the following spring. 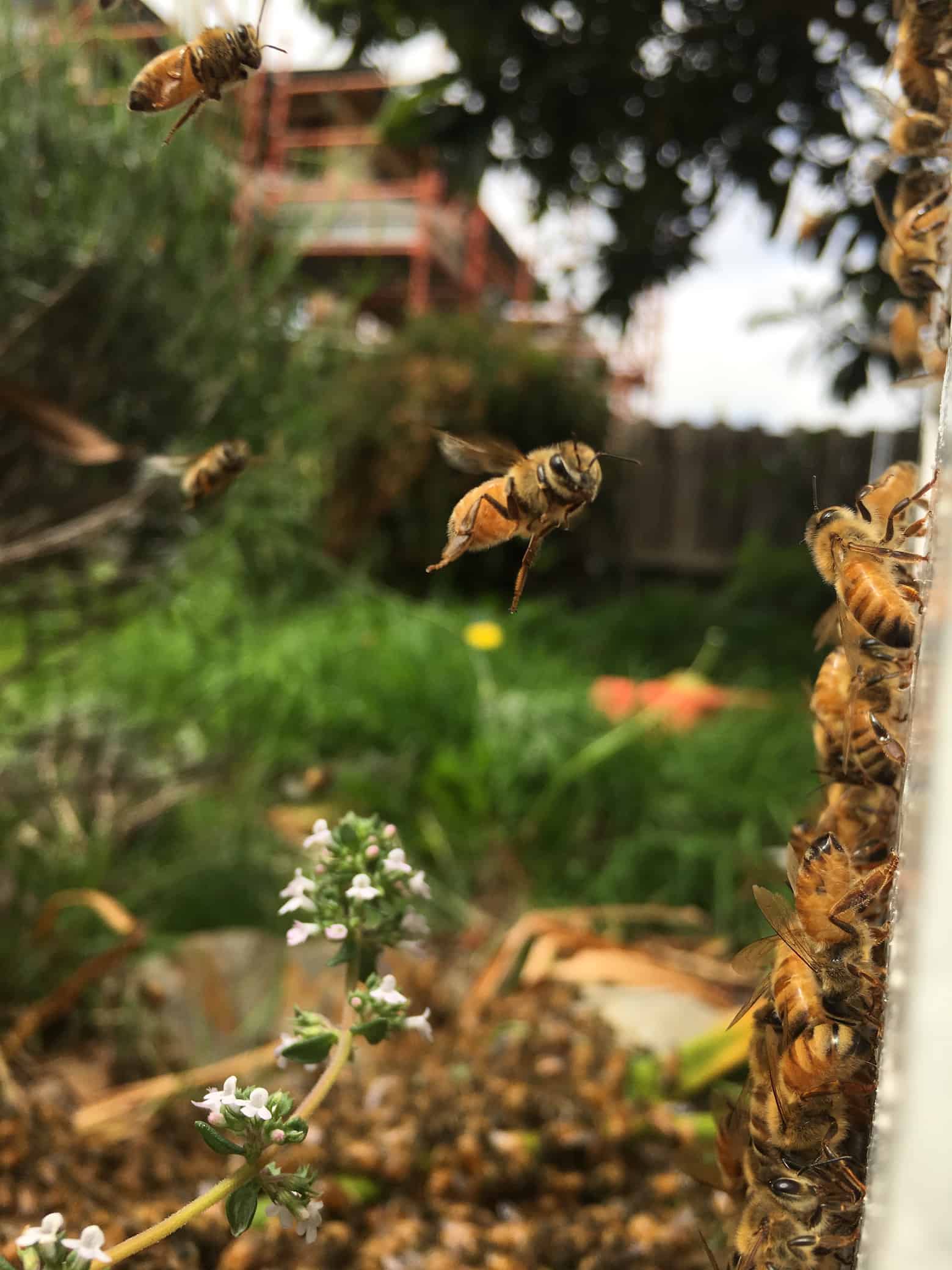 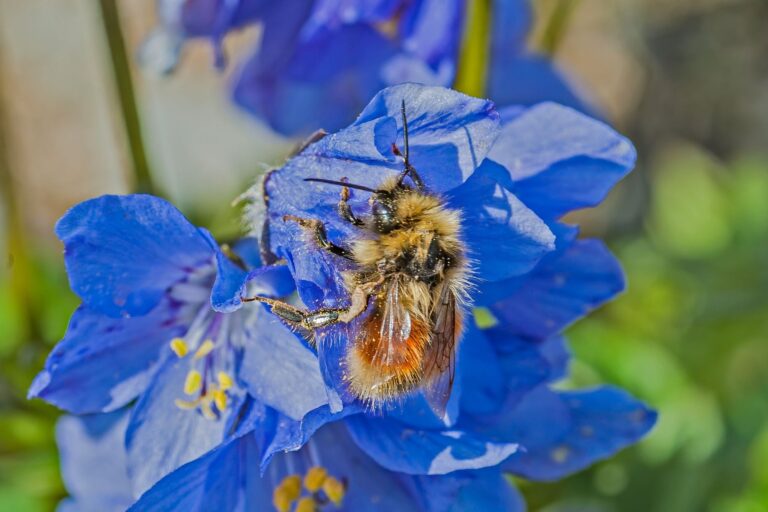 The Beekeeping Industry in Australia. The European honey bee (Apis mellifera) was first introduced into Australia in the early 1820s and rapidly became firmly established….