Beeswax is sometimes referred to as cera alba, from the Latin, meaning ‘white wax’, but there is another commonly used word in the English language that is often purported to have a similar origin.

For hundreds of years, the word sincere has been claimed to have derived from the Latin sine cera, meaning ‘without wax’ (sans cire in French). This is backed by a wealth of eminently plausible historical explanations.

The first recorded use of the word sincere in English was in the year 1533. By 1661, the ‘without wax’ etymology was alive and well, as a religious dictionary defined the word as follows: ‘Sincere is that which is without mixture, as hony without wax’. The story goes that honey vendors in the ancient Roman markets would cry out, “Sine cera,” to assure prospective buyers that their product was pure and free from wax.

Greek and Roman artisans also apparently used wax to cover imperfections in stone sculptures, or to patch cheap pottery that perhaps wouldn’t hold water. Some unscrupulous construction workers allegedly used wax in place of cement, which was more expensive. A quality piece of workmanship was therefore said to be ‘without wax’ and it is claimed that some pottery was stamped with these words as proof of authenticity. Similarly, in the marble quarries where Michelangelo worked, quarrymen were rumoured to have used wax to disguise flaws in the stone. French sculptors in the 17th century have been maintained to have used wax to adulterate the metals they worked with, again reaffirming the value of being ‘without wax’.

Dan Brown propagated this etymology as a minor subplot in his 1998 novel, Digital Fortress, although he cites Spanish sculptors and the Spanish language as being responsible for the origin of the word sincere. A similar reference appears in his 2009 novel, The Lost Symbol, but this time it is attributed to Latin.

Likewise, disreputable goldsmiths have been held accountable for the ‘without wax’ theory due to the dubious practice of repairing their work with wax steeped in gold dust. In the early 1900s, it was claimed that furniture makers were to blame, because they used wax to hide knots and cracks in cheap wood. In 1870, yet another different version of the tale asserted that it was once common for close friends to exchange letters that were unsealed, or ‘without wax’, and that this was the reason behind the Latin derivation.

Further validation of the ‘without wax’ origin can seemingly be gleaned from early usage of the word sincere; in the context of wine, this was taken to mean that it remained unadulterated, or unmixed. If additional evidence is required, perhaps it can be found in the derivation of the word sinecure, which without doubt comes from the Latin sine cura, meaning ‘without care’.

As romantic and imaginative as this may seem, however, the origin of the word sincere is almost certainly far more prosaic. The Oxford English Dictionary states that ‘there is no probability in the old explanation from sine cera ‘without wax’’. Instead, most reputable texts and scholars agree that sincere is taken from the

medieval Latin word sincerus, meaning clean, unadulterated and pure of composition. This, in turn, is believed to have come from Proto-Indo-European roots, meaning ‘of one growth’.

In all sincerity, this appears to be nothing more than an example of the proliferation of folk etymology without justification, but in Melbourne, Australia, you can still obtain pure honey direct from the beekeeper at Ben’s Bees – sine cera, or ’without wax’!

Summer Lifesaver: Asian-inspired Honey Dressing  As most of you know, I was a chef in a past life. I did the hard yards in my… 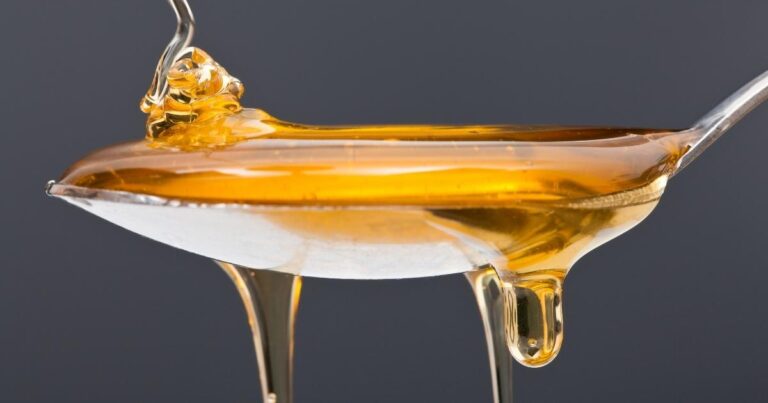 Honey is undoubtedly an extraordinary (and yummy!) substance! But what exactly is it composed of, and how does it attain its magical powers? Find out.