An Introduction to Native Australian Bees

Native bees are vital pollinators of Australia’s unique flora and are an important part of the Australian bushland. Honeybees, while beneficial for the environment and ecosystem, are not native to Australia and were introduced in 1822. Before this there were, and still are, some 1600 species of indigenous bee in Australia. They come in all shapes, sizes and colours, be that black, yellow, red, metallic green, blue polka dotted and striped! Some are fat and furry, while others are sleek and shiny. At their extremes, Australia’s tiniest native bee of just 2mm comes from Cape York and is known as the Quasihesma bee; on the other end of the spectrum, Australia’s largest native bee, the 24mm long Great Carpenter Bee, can be found in the tropical north and northern NSW. Due to their general small size, some native bees can be confused for flies.

While there is obviously great diversity among species, there are some similarities between the native bees of Australia. Unlike the introduced honey bee species that tend to live in large colonies, these native varieties are usually solitary bees that raise their young in burrows in the ground or in tiny hollows in timber. There are also 11 species that do not sting (genera Tetragonula and Austroplebeia). Interestingly, the honey of these native stingless bees has been found to be delicious and is becoming a local delicacy, making stingless beekeeping more popular.

The ten major groups of native bees are: Stingless Bees; Yellow and Black Carpenter Bees; Green Carpenter Bees; Reed Bees; Blue Banded Bees; Teddy Bear Bees; Leaf-Cutter Bees; Resin Bees; Homalictus Bees; and Masked Bees. Preferring warm climates (and not residing in Victoria), the Stingless Bee is the only bee currently available for sale in Australia. Beekeepers transfer the nests into small hive boxes and can propagate the nests by splitting these hives. These hives can be used for both honey production and crop pollination, however the hives will only survive in the cooler climates of NSW, the ACT, Victoria, South Australia and Tasmania with special artificial support.

As our native bee species are solitary and do not have a social colony structure, most do not store excess honey in their nests; however, they play an important role in the bush as pollinators. As we talked about in The Basics of a Bee-friendly Garden, a bee-friendly garden will encourage bees to collect pollen and nectar from your own backyard; creating these localised habitats makes a huge difference, not only to the life of bees, but also to the ecosystem at large. One of the best ways to do this is to plant flora that bees enjoy. For native bees, some good suggestions are cut leaf daisy, flowering gum, pincushion hakea, tea tree, purple coral pea, grevilia pink surprise, native rosemary and bottlebrush

Going that Extra Mile: Tasmanian Leatherwood Honey I love honey with a little extra punch. Honey that heals, honey that fixes a cold, honey that…

Bees Say No to Climate Change Ever since bees started to disappear en masse from their hives, beekeepers have understood that the environment is in…

Removing European Wasps from Your Home As their name suggests, European wasps are an introduced species in Australia. Spoiled by a lack of predators and… 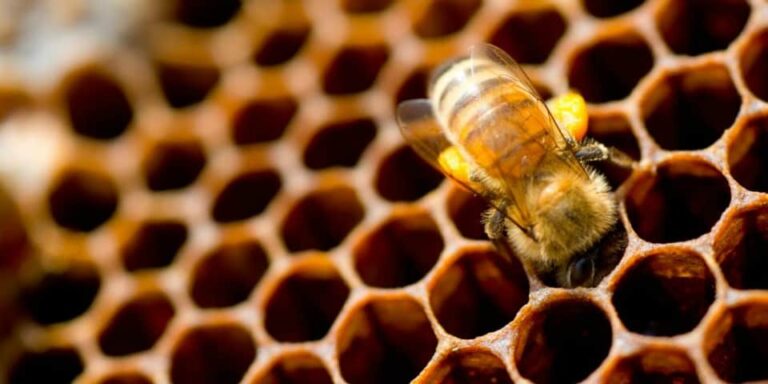 Honey Bee Subspecies in Australia Before Australia was colonised in 1788, there were over 1500 species of Australian native bees. These bees were accustomed to…