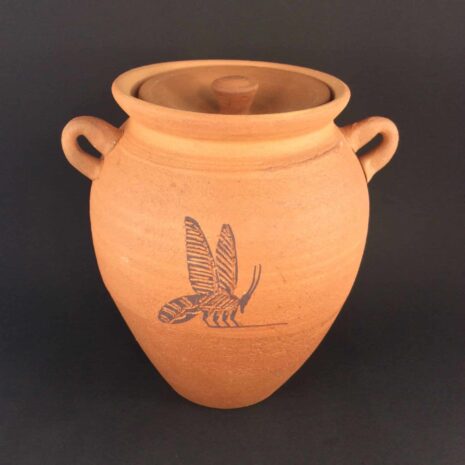 According to mythology, the ancient sun god Re wept, and as he did, his tears turned into a bee, which flew off into the world to make the honey and wax so loved by the ancient Egyptians.

The collection and keeping of honey and beeswax have an ancient history, with evidence suggesting that humans have been collecting and consuming the fruits of bees for approximately 9,000 years!

How did scientists come up with this estimate?

An analysis of the chemicals found in fragments of ancient pottery, where the human usage of beeswax dates back to Neolithic Europe, the Near East, and North Africa, shows that the friendship between humans and bees is long and rich.

Just like today, honey and wax were used in many ways. Honey sweetened foods and was applied to wounds to help with skin healing; poured into earthen jars and sealed, it would keep for years. Beeswax, however, served many useful purposes for Neolithic and Antiquarian people, such as waterproofing pots, as an ingredient in cosmetics, as an encaustic in painting, making candles, as a healing remedy and in rituals.

With this love of honey came a need for the perfect waterproof honey pot, and so the iconic vessel etched into our memories was born. With its rounded shape and terracotta colouring, the honey pot progressed into modern culture, making a special appearance as the much-loved ‘HUNNY’ vessels that Winnie the Pooh dipped his chubby paws into.

For this reason, I am thrilled to be able to bring you a contemporary version, that has all of the romance and useability of these timeless containers, etched with a delightful bee-friend and filled with delicious honey for your enjoyment.

These handmade pots are a replica of the vessels ancient Egyptians would store their honey in after it was harvested. Handmade in Melbourne by Jade Thorsen, these unique vessels will take you back in time while being a beautiful addition to any home. And what’s even better is that each handmade pot contains just under half a kilo of Melbourne’s finest pure raw honey, the lid sealed with beeswax just like the Egyptians did many moons ago.

Once the honey is eaten up, fill it with some more local honey, or let the pot stand alone as a gorgeous feature and ode to the ancient friendship between humans and bees. The Egyptian Honey Pot makes for a practical and beautiful gift for yourself or someone you love.

Holds 2kg grams of honey and the lid is sealed with food-grade pure beeswax.

‘When the Sun weeps a second time, and lets fall water from his eyes, it is changed into working bees; they work in the flowers of each kind, and honey and wax are produced instead of water’.

According to one ancient Egyptian myth, honey bees were the tears of the sun god Ra.  In this context, the bee was seen as the messenger of the gods, falling down, like tears, towards the earth (and man) to pass on some secret message.

Beekeeping is recorded from Egypt 4,500 years ago, where honey was used extensively in cooking, treating medical ailments and for embalming the dead. To the Egyptians, the bee often symbolized royalty and fertility, and honey has been discovered in royal tombs, including that of Tutankhamun. 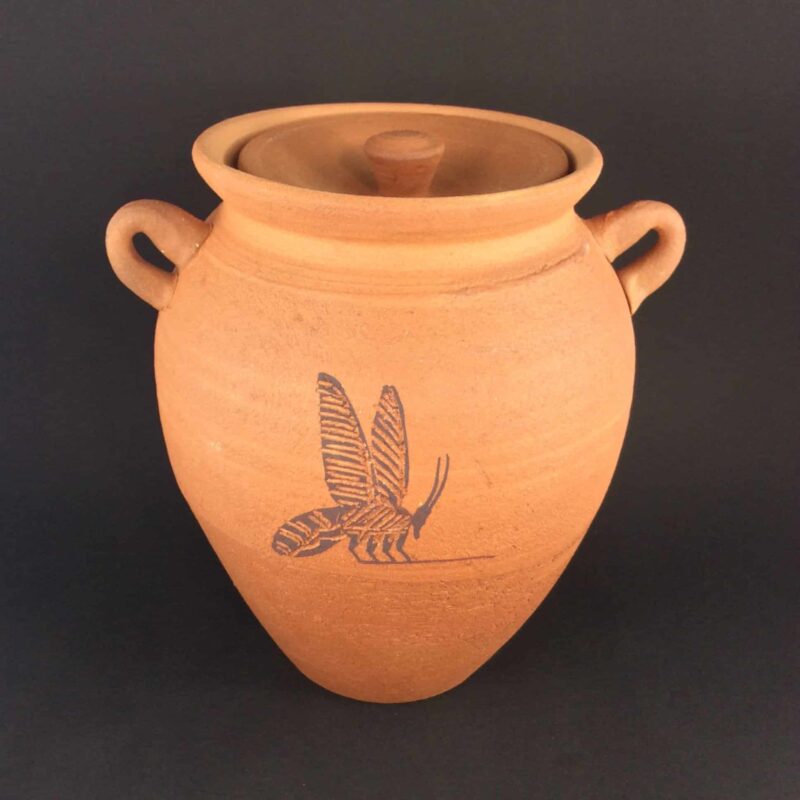