Beeginnings Part 1: The Start of an Enduring Relationship.

The very first bee? Let’s go back a little further. It’s the long way home, but it is fascinating, nonetheless. The first insects may have evolved from crustaceans about 480 million years ago, at around the same time that terrestrial plants appeared (hardly a coincidence, it would seem). Of course, this is something of an estimate since insects rarely form fossils and the early evidence for palaeontologists is scarce. Insects were the first animals to take flight, approximately 400 million years ago, and underwent major radiations in the Carboniferous and Permian periods (359 to 252 million years ago). Many of the early forms were wiped out in the Permian-Triassic extinction event 251.9 million years ago, also known as the ‘Great Dying’, in which as many as 90% of marine species and 70% of terrestrial vertebrates were also obliterated due to elevated temperatures and high concentrations of carbon dioxide and methane.

The modern orders of insects arose from the survivors of this cataclysm in the Triassic period (252 to 201 million years ago), and most extant insect families appeared in the Jurassic (201 to 145 million years ago). Currently, the four orders of animals with the greatest species diversity are all insects: the order Coleoptera is comprised of beetles and constitutes around 400,000 species, or roughly 40% of all animal life! Lepidoptera (moths and butterflies) is next with about 180,000 species; then Hymenoptera, the ants, bees, wasps and sawflies, with 150,000 living species, together with 2,000 extinct taxons; and in fourth place is Diptera (flies) with 125,000 described species, although it is estimated that this order also contains close to 900,000 undescribed species. Interestingly, all four of these groups exhibit complete metamorphosis, with a dormant pupal stage, and are collectively grouped in the superorder Holometabola, along with alderflies, caddisflies, dobsonflies, fleas, lacewings, scorpionflies and snakeflies.

Hymenoptera is regarded as an ancient lineage and is characterised by two pairs of membranous wings that are linked by a series of hooks which attach the forewings to the hindwings. Many species are parasitic, and females typically possess a specialised ovipositor which may be used to insert eggs into a host; this structure is also commonly co-opted as a stinger. The earliest wasps – which were tiny – probably evolved from snakefly-like ancestors in the mid-Triassic, about 240 million years ago, while social hymenopterans emerged during the Cretaceous (145 to 66 million years ago).

The early Cretaceous was characterised by huge forests of ferns, cycads, horsetails and conifers. Dinosaurs ruled the Earth, and the earliest mammals were shy, insignificant, rat-like creatures. Due to inherent lack of mobility, plant species are confronted with a perennial problem when it comes to sexual reproduction. If self-pollination (and resultant lack of diversity) is to be excluded, the male gametes – pollen – must somehow be transferred to the female parts of another plant. In the early Cretaceous, plants were almost universally obliged to rely upon the wind to disperse pollen, in the hope that a very small percentage would eventually each its goal. This is an incredibly inefficient vector for successful reproduction and necessitates the production of vast quantities of pollen. But pollen is also extremely nutritious, and it wasn’t long before winged insects discovered that it could be utilised as an abundant source of food. This led to inevitable specialisation, and also to accidental (but far more reliable) pollen transfer between flowers. A mutually beneficial relationship was thus formed between insect pollinators and flowering plants that saw both groups evolve in conjunction through the Cretaceous period.

The first flowers were inconspicuous brown and green structures that were difficult to locate amongst the foliage. Water lilies and magnolias were the first flowering plants to evolve petals, making their white flowers easy to see against a sea of green. Competition to attract pollinators quickly resulted in a multitude of colours, patterns and shapes, the development of sugary nectar – an irresistible lure – and increased specialisation amongst both plants and pollinators to cement their relationship. Their destinies have been inextricably linked ever since. 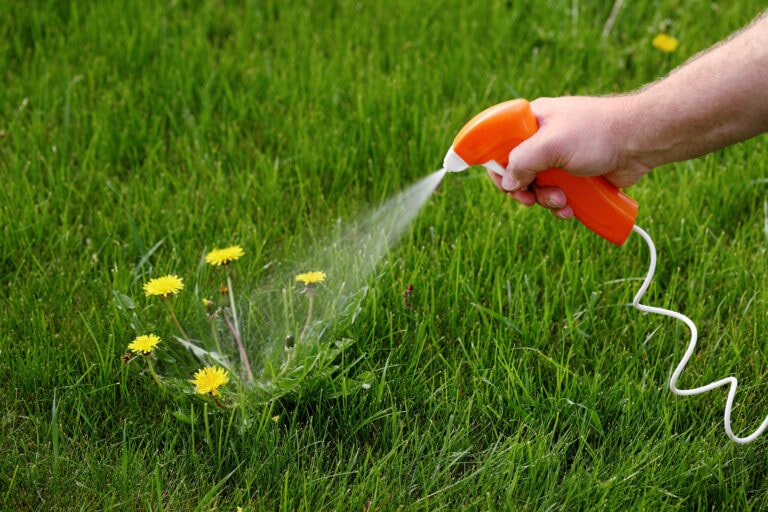 Since its introduction in 1974, glyphosate, marketed as Roundup, has become the world’smost popular herbicide; more than 8.5 million tonnes have been used around the…

The Colour of Honey Part 1: As White as Snow and as Green as the Grass. Of course, we all know what honey looks like….

The Honey Bee in Australia Part 1: A Bicentennial Looms. Prior to European settlement in Australia, the indigenous peoples had for generations been harvesting ‘sugarbag’…