In the summer of 2014-15, Simon Fearn, of the Queen Victoria Museum and Art Gallery in
Launceston, Tasmania, was able to discover the location of a potentially record-breaking
second-year European wasp nest in the central north of the state. The entrance holes spanned
1.5 metres of creek bed; there was a dense plume of wasps continually entering and exiting
the nest and the ground nearby literally vibrated under Simon’s feet. Clearly, eradication of
the wasps while attempting to preserve the nest as a future exhibit would be an extremely
perilous undertaking, and one that would require careful planning.
After consultation with the property owner, Jim Dowde, Simon decided to wait until the
cover of darkness, and then block off all but one of the larger entrances; a large can of six-
month cockroach spray was to be discharged down the remaining entrance, followed by a
strategic withdrawal! Unfortunately, the wasps became extremely agitated by the torchlight,
and Simon’s foot broke through the soil into an outer portion of the nest, unleashing a furious
response which saw him stung six times and elicitng a hasty retreat. After a half hour break,
Simon pressed home the attack and deployed the cockroach spray, whereupon ‘an ominous
and frenzied buzz erupted from the bowels of the earth’! The situation was compounded by
the existence of several hidden entrance holes under the overhanging creek bank, together
with an undetected portion of the nest that actually protruded from the ground amidst the
blackberries. After suffering several more stings, Simon decided upon another break, during
which he consumed some ‘industrial strength antihistamines’. Finally he returned to the nest
to set off a flea bomb, which was shoved into the remaining entrance, before retiring for the
night.
It was hoped that the colony would succumb to this barrage, but the next morning a column
of wasps were observed streaming in and out of the nest; the resilient insects had even
managed to open up new entrance holes. Simon drove back to town to purchase some ant and wasp powder, which was generously applied to all remaining entrances. Finally, by late
afternoon on the second day, the colony was silent.
The following day, Simon and Joe, still smarting from stings, began the task of excavating
the nest intact. This was made easier by the sandy soil and a complete lack of rocks or tree
roots. Once exposed, the giant nest was found to resemble in shape an armchair with the
armrests missing. It measured 1.1 metres tall (at the back), 1.28 metres long and 1.22 metres
wide, with a volume of just over 0.6 cubic metres. In order to remove the nest from the creek
bed a makeshift sling was constructed from a tarpaulin. Four people were required to lift the
nest, the weight of which was conservatively estimated to be around 90 kilograms. With the
assistance of an excavator, the nest weas duly loaded onto a ute and taken to temporary
accommodation in a shed in Launceston to dry out. Incredibly, thousands of partially-
poisoned wasps continued to emerge from their pupal chambers for several weeks afterwards this activity only ceased when the nest was eventually transferred to a freezer!
The huge nest was indeed a subterranean record, surpassing anything documented around
the globe. It remains a fascinating exhibit at the Queen Victoria Museum and Art Gallery,
and if you’re ever in Launceston (like I was recently on a family holiday) I strongly
encourage you to check it out.

Interestingly, Simon identified several factors which he believed were instrumental in the
nest achieving such a prodigious size. The substrate was soft and free from obstacles, making
it easy to excavate; the site was sunny on a northeast-facing slope; and the previous winter
had been particularly mild, thereby assisting the colony’s survival. In addition, a massive oak
tree located only 70 metres from the nest was covered in the scale insects that produce
honeydew. This would have represented a rich and easily accessible food source for the
wasps.
Thankfully, European wasp nests do not appear capable of surviving beyond a second year,
probably because their sheer size makes them unsustainable. However, nests like this one
may become more commonplace with the effects of climate change, and that would be cause
for a real-life disaster movie!
See also:
Fearn, S., Dowde, J. and Maynard, D. 2015. Record sized perennial subterranean nest of the
introduced European wasp Vespula germanica (Hymenoptera: Vespidae: Vespinae) in
northern Tasmania. The Tasmanian Naturalist 137: 49-56.
Fearn, S. 2016. A Sting in the Tale; Recovering the World’s Biggest Underground European
Wasp Nest. Scales & Tails 46: 38-43. 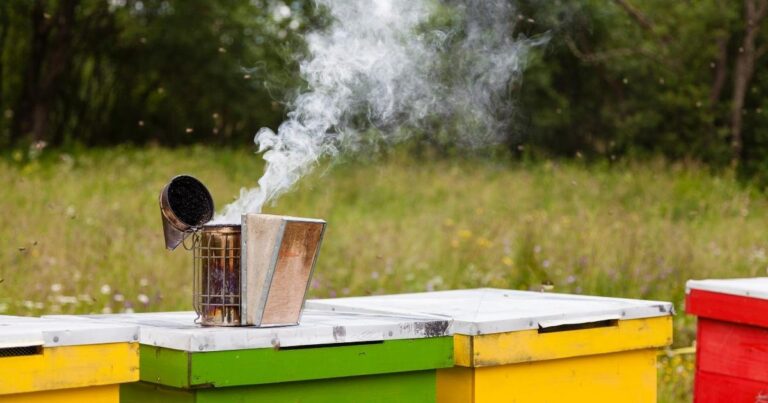 Have you ever wondered why beekeepers use smoke when working with honey bees?

Myth-busting bees! Bees – and particularly honey bees – have featured in the folklore of just about every human culture since ancient times. From the…

Early Apiculture. Keeping bees in history. For early mankind, sweet foods were limited to fruits and berries, with one important exception. Rock paintings dating back… 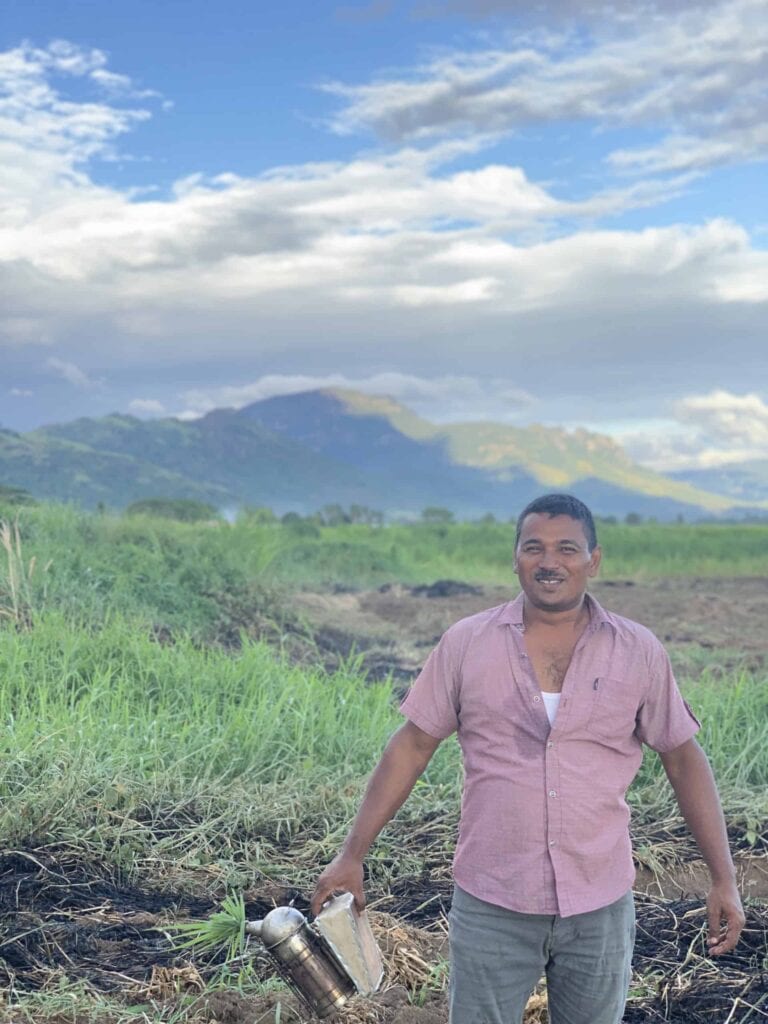 The Life of a Beekeeper: Shafiq’s Farm, Fiji  One of my all-time favourite activities is to visit beekeepers in other countries. I love nothing more…