Monofloral honey originates predominantly from a single plant species, which should constitute at least 75% of the nectar collected by the bees. Monofloral honeys are often the product of a particular region; they may be of cultural significance and the source of considerable local pride, as well as important revenue. They command a premium price and are highly sought after due to their unique and distinctive taste. They may also have a characteristic colour and aroma, and are sometimes ascribed special properties, such as the ability to confer health benefits. While it is impossible to guarantee that any honey is produced entirely from a single source, monofloral honey that is almost pure may result from the prodigious nectar production of a particular species, or because the bees can only access one type of flower (it may be that there is little other vegetation in the area, or little else in bloom). Beekeepers may plan their harvest to take advantage of specific floral blooms and may periodically relocate their bees for this purpose. Honey that has been produced previously may be removed from the hives immediately prior to the bloom, to ensure the harvest is as pure as possible.

One of the best known – and highly prized – varieties of monofloral honey is manuka honey, which is produced in Australia and New Zealand from the manuka bush and has proven antibacterial properties. There are many other examples derived from Australian native flora, particularly eucalyptus species such as yellow box, grey box, blue gum, jarrah, river red gum, ironbark, stringybark and messmate. Other notable Australian monofloral honeys include Tasmanian leatherwood (which is considered a delicacy) and macadamia. But monofloral honeys are produced in almost every part of the globe, and from every conceivable form of vegetation.

Although an iconic and immediately recognisable symbol of the American Wild West, the towering saguaro cactus is in fact restricted to the Sonoran Desert in Mexico and southern Arizona, with the occasion specimen found in southeastern California. Saguaros may live for 200 years and are extremely slow growing; they can take 50 years to reach a height of one metre, but ultimately may grow to more than sixteen metres. The stem can hold copious amounts of water and has been reputed to weigh more than ten tonnes when fully hydrated. The saguano is Arizona’s state flower, and the prolific, waxy, yellow-white blossoms appear from April through to June, opening for less than a day from evening until the following afternoon. The blooms may measure twelve centimetres across and exude a fragrance that resembles ripe melon. Saguanos do not flower until they are about seventy years old.

The saguano is a keystone species, providing food and other resources to a multitude of other organisms. Gila Woodpeckers and gilded flickers hollow out cavities in the stem of the cactus in which to make their nests. These chambers are often subsequently used by other birds, rodents and insects, including honey bees. Despite the inhospitable climate of the surrounding desert, temperatures within the stem itself do not exceed about thirty degrees Celsius. The fleshy red fruit of the saguano also provides nourishment for birds and insects and are also traditionally harvested by Native American peoples using a pole. In fact, the indigenous population utilise almost every part of the plant; the fruit is made into jams, syrups and wine, while the seeds are ground into meal, pressed for oil or used for animal

fodder. The rigid ‘ribs’ of the cactus are used to make fences and many other useful items.

Saguano flowers produce copious amounts of pollen and a rich nectar. Bats are the most important nocturnal vectors of pollination, while during daylight hours a variety of birdlife, including several species of hummingbirds, make valuable contributions. However, the most important pollinators are honey bees.

The resultant honey is highly prized, and is amber in colour, with a spicy, fragrant aroma. It has been described as smooth and sweeter than wildflower honey, combining a ripe melon flavour with a tropical finish! It has low acidity and is resistant to crystallisation.

Cactus honey is also produced from various species of prickly pear (Opuntia species) in southwestern Madagascar and is marketed around the world as a delicacy. It is likewise said to be very sweet, with a complex aroma and a strong taste that includes fruity notes of melon. It is touted as an essential home remedy for inflammations and sore throats, as well as a valuable ingredient for beauty treatments.

Pest Control Melbourne The A to Z of Pests in Melbourne. Part 5. Possums are the bane of many Melbourne gardeners and home owners, and… 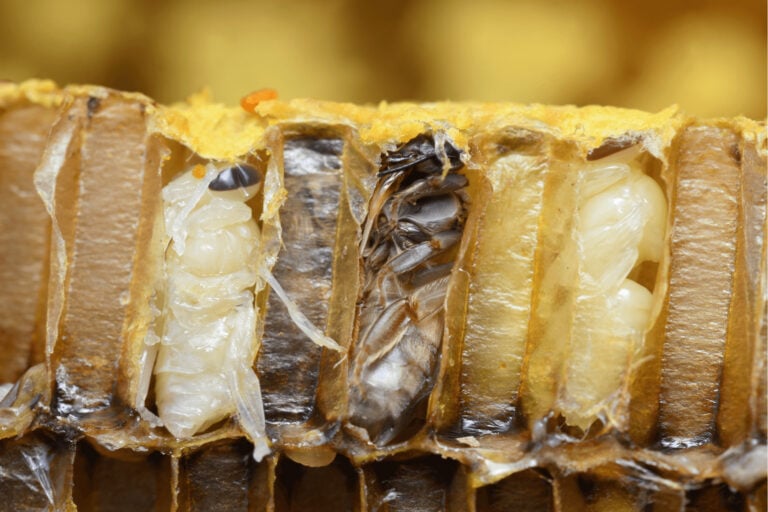 Getting to Know You: Simon Mulvany You have to count yourself lucky when your friends and colleagues are some of the most inspiring, driven and…

Common Paper Wasps (Polistes humilis) in Melbourne. There are more than 12,000 species of native wasps in Australia, but the one that is most likely…

Chasing The Sun So it seems that spring is on its way! Over the weekend, Melbournians had the pleasure of experiencing a vision of what’s…