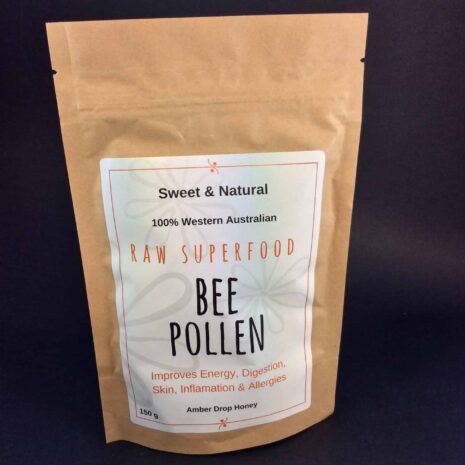 Western Australian bee pollen is the cleanest and purest bee pollen in the world. Bee pollen is a superfood rich in vitamins, amino acids, proteins, carbohydrates, minerals, enzymes and micronutrients.

Throw away your synthetic multivitamins and add bee pollen to your smoothies or desserts for the extra nutrition you need!

Pollen is the primary source of protein for the hive, but the forager bees do not consume it themselves, since they no longer produce the proteolytic enzymes required for digestion. The pollen is unloaded into open cells located in a band between the brood and the honeycomb. Worker bees then tamp the pollen into place with their heads, removing air, and may add nectar, honey or glandular secretions. More loads of pollen are packed on top, often resulting in multicoloured layers due to a variety of plant sources. Although they will typically visit a single type of flower on any given trip, foragers appear to prefer a diverse range of pollens, possibly to ensure the colony has a more balanced diet. Finally, the cells are sealed with a layer of honey. The pollen then ferments into a product known as ‘bee bread’ or ‘bee pollen’.

Bee pollen is often used as a dietary supplement by humans and has been touted as a form of ‘super food’, capable of medical miracles, that constitutes a rich source of vitamins and minerals and also inhibits the development of many harmful bacteria. It is widely used by herbalists and as a tonic in traditional Chinese medicine. Claimed to be capable of correcting nutritional imbalances, it is also maintained to protect against radiation and is thought by some to be useful in the treatment of cancer. Besides being advocated for general health and well being, bee pollen has been used in a variety of therapeutic applications including:

It’s also claimed to deliver an ergogenic benefit, in that it can enhance athletic performance. 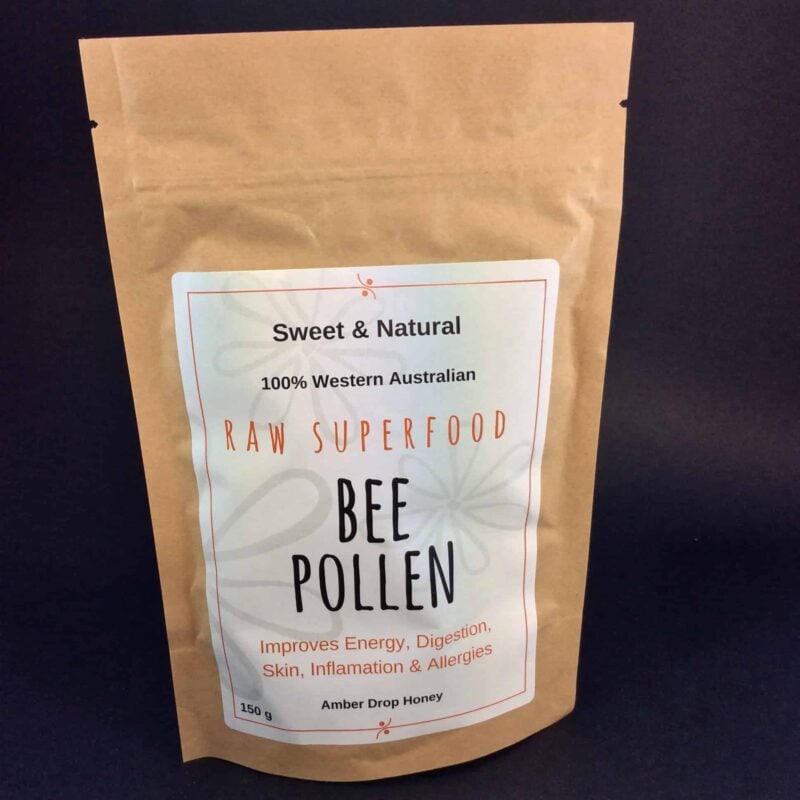