The origins of beekeeping are currently lost in the mists of history. The oldest representation of humans interacting with bees comes from a Mesolithic painting found on a cliff in eastern Spain. The painting, which dates back 7,000 to 8,000 years before the present, shows a human hanging from a rope that is dangling from the edge of a cliff, permitting this intrepid opportunist to steal honeycombs from a nest of wild bees. Honey hunting is not the same as beekeeping; essentially, it is searching for a sweet windfall that is there for the taking. In the case of the 8,000-year-old honey hunter in the Spanish painting, it did require more than just finding a colony of wild bees. The hunter had to have the means to reach the comb; the skill, equipment, and fortitude to keep from being overcome by stings; and the assistance of others to help pull him or her up with a payload of honey. Although the skill and courage of early honey hunters might be admirable, it amounts to little more than opportunistic plundering of wild colonies. True beekeeping requires us to provide bees with an artificial cavity in which they can build comb, produce brood, deposit nectar from the flowers and “cook” the honey. Providing a cavity that affords protection to the bees and enables the beekeeper to maintain colonies from one year to the next is part of the symbiosis that exists between bees and humans and forms the foundation of true beekeeping. Early societies that were capable of initiating beekeeping likely lived in areas with naturally abundant honey bee forage; they had begun living in settled communities, domesticated grain, and mastered pottery or basket making. These pots or baskets would have provided the artificial cavity for the bees to occupy. It is possible that some observant individual noticed the bees had taken up residence in an empty pot or basket and hoped to encourage more bees to do so by intentionally leaving additional containers out for the bees to occupy. Eventually, containers would be deliberately made for the bees use, and these were the first true beehives.

To host a hive in Melbourne visit; 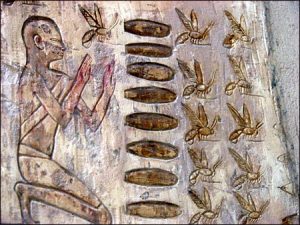 The highs and lows of a full-time Australian beekeeper by Simeon Valkenburg Commercial beekeeping certainly has its addictive highs and its all-consuming lows. But we think… 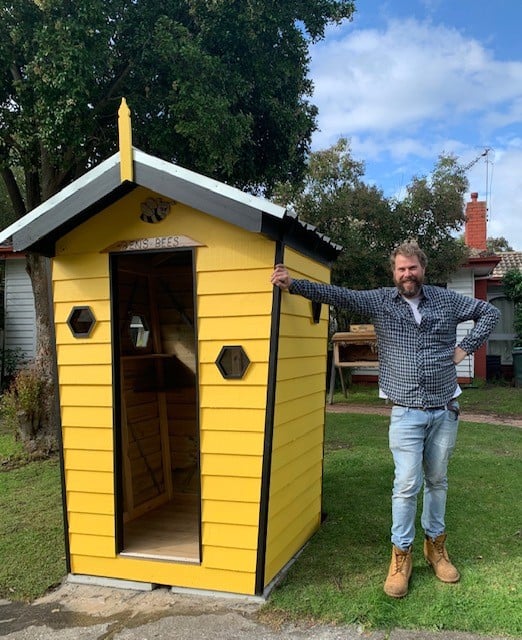 The Ben’s Bees Honey House Not a single person that knows me would describe me as a shrinking violet. I am no wall flower, that’s…

Beards have long graced the faces of bikers, lumberjacks, bandits, bushrangers and gentlemen. However, the obvious rise in popularity of beards—that might have seemed like…