A queen excluder is simply a small plastic or metal grate that prohibits passage of the queen, while still allowing smaller worker bees to squeeze through. Why do beekeepers use them? Adding a queen excluder between the brood box and the honey super prevents the possibility of the queen laying eggs in the super. This ensures the extraction of pure, clean honey from the super. If the honey frames are allowed to contain brood, this can result in the contamination of honey with dead bees and other debris, and sometimes lead to fermentation. Metal excluders are slightly more expensive than the plastic versions, but are more practical and efficient, as they utilize rounded wires which permit the worker bees to pass easily through the 4.1mm apertures. The gaps in plastic excluders tend to be ‘squarer’; sometimes worker bees will struggle to cross these barriers, or become reluctant to attempt to do so.

The effective separation of honey from the brood is the only real positive factor associated with the use of queen excluders. The natural beekeeping movement does not favour excluders, as there are also many potential disadvantages to consider. The most important of these is that excluders reduce the lifespan of the bees. Foraging bees make many trips to collect nectar, which is then deposited in the hive. On each occasion, they must squeeze through the excluder, and this consistent rubbing shortens their lifespan marginally. Another important issue is that excluders necessarily restrict the queen to the brood chamber, consisting of just one, or possibly two, brood boxes. These can quickly become filled with eggs, resulting in congestion which can prompt the hive to enter a swarm sequence. If the queen remains unfettered, congestion is avoided and the tendency to swarm is therefore reduced.

Queen excluders also require regular maintenance, as the bees can block some of the gaps with wax and/or propolis. This is rare, but I have seen it happen – on the other hand I’ve also heard of small queens slipping through excluders! Another issue is that excluders also restrict the movement of drones, due to their comparatively large size. If the brood is located in the top of a Langstroth hive, the gaps in the excluder may become blocked with the bodies of dead drones that the worker bees are unable to remove.

So, what do I do? I don’t use queen excluders at all. Consequently, I harvest less honey, but I believe this confers important benefits overall. Remember that the bees make honey as a stored resource to be called upon during winter months, or when there is a dearth of pollen and nectar, or other climatic conditions are unfavourable. Honey is also a natural insulator for the hive, being typically located around and above the brood, so it makes sense not to rob the bees of too much of their valuable supplies. The need for queen excluders in commercial apiaries is totally understandable, however as hobbyists there is no need for us to exploit our bees. Why not let them behave naturally and let our bees be happy bees! 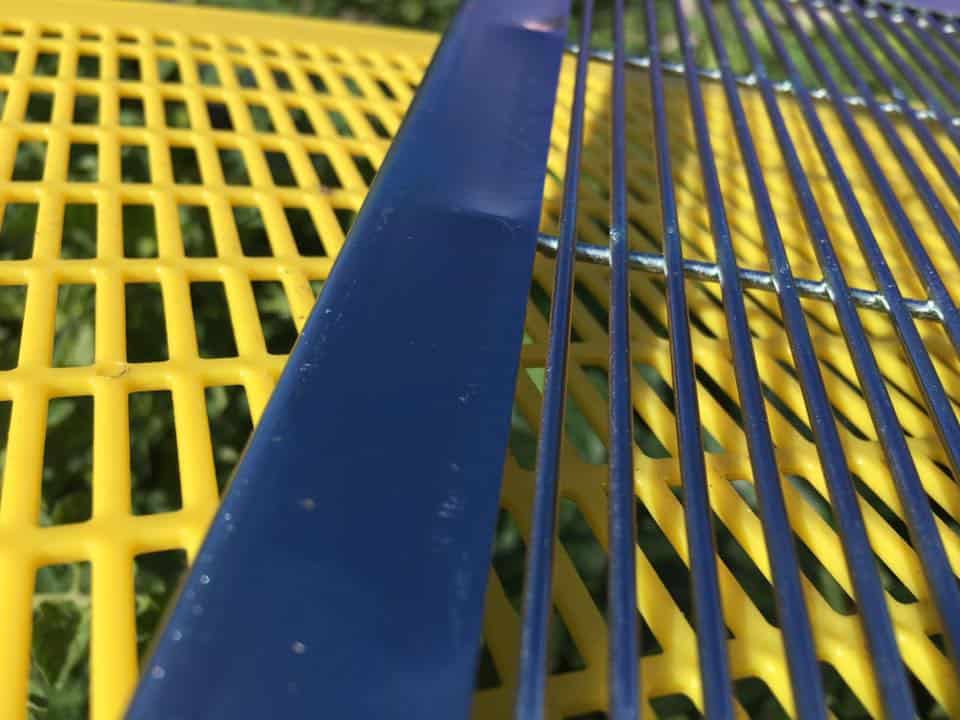 Frozen Part 1: Life in the Fast Lane; Bombus polaris. Bees have colonised every continent, excepting Antarctica, so that must mean they have encroached upon…

‘Smart’ Flowers. Pollination involves the successful transfer of pollen from the anther, or male part of the flower, to the stigma, or female structure, of…

Ben the Biophiliac  The pressure of modern life: they have called it an “anxiety epidemic”. Psychologists, doctors, philosophers – many professionals have noted an unprecedented…