Are you tired of buying unethical food products from big businesses in Australia?
Do you love supporting local Melbourne businesses, and eating produce that is healthy and natural?

Ben’s Bees honey is raw, local and made with love by happy bees. What is raw honey you ask? It’s exactly that, honey that has come straight from the animal, and is not treated in any way. It is taken from the hive in frames, spun with centrifugal force, and drained through a fine sieve to remove any wax particles. After that, we bottle up the honey for you and it is ready to make any dish delicious and nutritious, from breakfast cereal to a Sunday roast.

So, how does Ben’s Bees honey differ from honey you buy in the supermarket? The honey found in supermarkets is often pasteurised (heated to 70C or higher). This is done commercially so that the honey looks smoother and cleaner, is easier to handle and package, and stays at a runny consistency. However, this is an unnecessary measure. Honey from big companies also poses huge ethical problems in Australia, paying beekeepers bottom dollar for their produce, as well as often mixing local honey with imported honey from China to keep production costs at a minimum.

In comparison, Ben’s Bees raw honey is a natural, Australian product with optimum taste and the beautiful imperfections of anything that comes straight from nature. That means that raw honey will always crystallise within a few months after being harvested from the hive. This has no impact on the product whatsoever, other than giving it a thicker texture. Actually, raw honey tastes better, as heating denatures the products’ fine aromas and enzymes. Raw honey also has a lot of health benefits, as it is high in antioxidants, making it great for people with a common cold or sore throat, and, when taken daily, can assist those suffering from bad hay fever. It can even be applied externally to wounds to promote quicker healing.

We have all had a sniffly nose before, but if this is a regular problem – especially during springtime in Melbourne – you could be suffering from hay fever.

Hay fever, also known in the medical fraternity as allergic rhinitis, is the inflammatory swelling of tissues inside the nose that results from a sensitive immune system overreacting to pollen, dust or other airborne particles (collectively called allergens). This creates symptoms such as a runny nose, watery eyes, persistent sneezing and headaches, and may have a profound impact on the ability to sleep, work or concentrate effectively. In Melbourne, a pollen reading is featured in daily televised weather reports. This indicates how much pollen is suspended in the air; the higher the pollen reading, the worse a hay fever sufferer’s reaction is likely to be.

Over-the-counter drugs like antihistamines will often provide some relief for people with severe hay fever, but these are only a short-term solution and may be associated with side effects. Long-term alleviation of this condition may be achieved through a process called immunotherapy, which involves exposing the patient to progressively larger doses of the allergen responsible, traditionally through tablets or injections. Over time, the body becomes less sensitive to the allergen.

The same principle can be applied in a completely natural form of immunotherapy – using honey! A locally-produced Melbourne honey will contain the same pollens that cause hay fever as airborne allergens and can therefore be used to treat the condition. There is

persuasive anecdotal evidence that this really works! The recommended dosage for hay fever is two tablespoons of honey twice per day. Remember that it is vital to source honey that has been produced in your immediate area, as only this will contain the same unique mix of pollens. It is also important to confirm with your local beekeeper that the honey is raw and has been cold-filtered, as excessive heat (or pasteurisation) will destroy all the ‘goodies’ like enzymes, vitamins, minerals and pollen.

Springtime is not the favourite time of year for many Melbourne residents, as about one in every five people will suffer from hay fever. Now is the perfect time to stock up on pure, local honey. Visit 15 Marilyn Court, Blackburn North to purchase ethically-produced Melbourne honey from Ben’s Bees that may just ward off your spring hay fever.

An 8,000-year-old cave painting in Valencia, Spain, depicts two figures using baskets and ladders to collect wild honey. For thousands of years, honey hunters in Africa have followed small birds called honeyguides to locate bees’ nests and harvest honey. This has led to the formation of a unique relationship that benefits both man and bird. The hunters use special calls to communicate with the birds, which in turn actively seek out the hunters and guide them to the bees’ nests. The honeyguides feed upon bees’ eggs and larvae and beeswax, and rely upon their human partners to break open the hive.

In what remains the earliest evidence of apiculture, traces of beeswax have been found upon pottery dating back almost 9,000 years from ancient Turkey. The earliest-known honey was recovered from clay vessels in a tomb in Georgia from about 5,000 years ago. Several varieties of honey were interred with the local people to assist in their journey to the afterlife. Beekeeping is recorded from Egypt 4,500 years ago, where honey was used extensively in cooking, treating medical ailments and embalming the dead. To the Egyptians, the bee often symbolised royalty and fertility, and honey has been discovered in royal tombs, including that of Tutankhamun.

Other ancient writings also make frequent references to honey, including Sumerian and Babylonian cuneiform texts, dated to around 2100 BC, and the Hittite code. Honey was a vital sweetener in Greek and Roman cuisine, and the ancient Greeks were fervent believers in the healing properties of honey, which was considered to be the ‘food of the gods’. Greek beekeepers would move their hives considerable distances to take advantage of regional vegetative cycles and optimise production, and by the 6th century BC, beekeeping had become so widespread in Greece that a law was passed to regulate the location of new hives. Beekeeping flourished throughout the Roman empire, and the advent of Christianity created great demand for beeswax candles.

Honey is mentioned more than 50 times in the bible, and the Promised Land is described as flowing with milk and honey. An apiary dating from the 10th century BC has been excavated in Tel Rehov, in Israel’s Beth Shean Valley, that is estimated to have contained 100 hives and produced half a ton of honey annually. Pure honey is considered kosher even though, strictly speaking, bees are not. In fact, honey symbolises the Jewish new year, Rosh Hashanah, when apple slices dipped in honey are traditional fare.

Honey bees have also been cultivated in China since ancient times, and honey is frequently used in traditional Chinese medicine. Similarly, ancient Indian texts (the Vedas and the Ayurveda, the origins of which can be traced back 4,000 years) document the use of honey for spiritual and therapeutic purposes. Honey has significance in Hinduism as one of the elixirs of immortality, and in Buddhism as part of the festival of Madhu Purnima. The Qur’an promotes the nutritional and medicinal value of honey, and an entire chapter is entitled ‘The Bee’. Honey bees are native to Europe, Asia and Africa, and were introduced to North America by western settlers in the early 1600s. However, the native peoples of Mexico and

The importance of honey is intrinsically woven into human history. In medieval Europe, it was often used as a form of currency. Napoleon chose the bee to be his emblem as emperor; symbolising diligence and orderliness, and also (as the producer of honey) sweetness and benevolence. Cupid was reputed to dip his arrows in honey to make them irresistible to his unsuspecting targets.

The European Honeybee was introduced into Australia in the early 1820s, and has proliferated due to extensive native vegetation. The current popularity of beekeeping as a hobby is indicated by the fact that, of Australia’s 12,000 registered beekeepers, only 11 per cent have more than 50 hives.

Healthy honey for sale in Melbourne 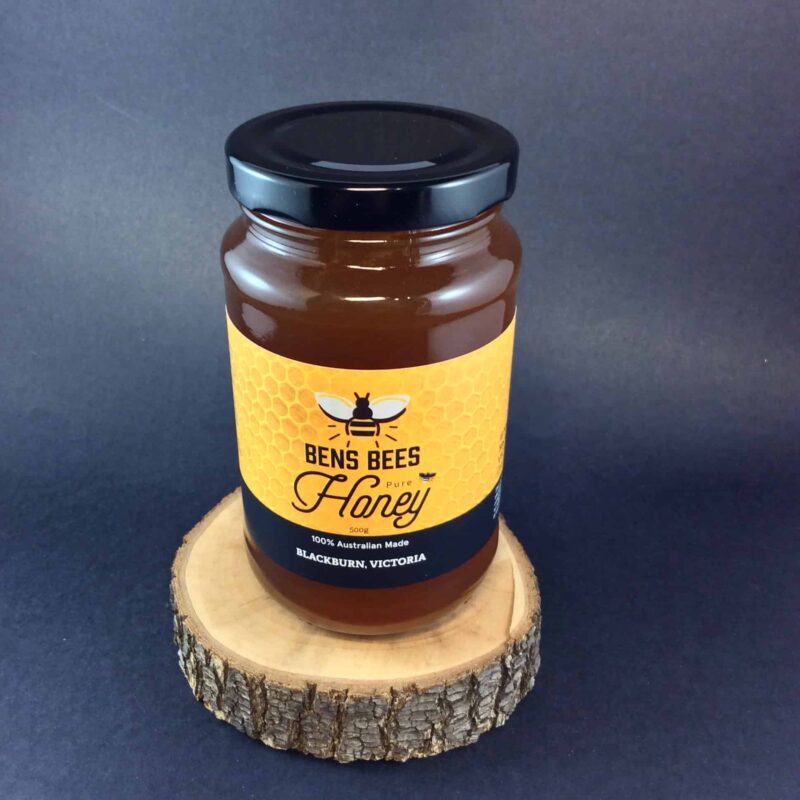