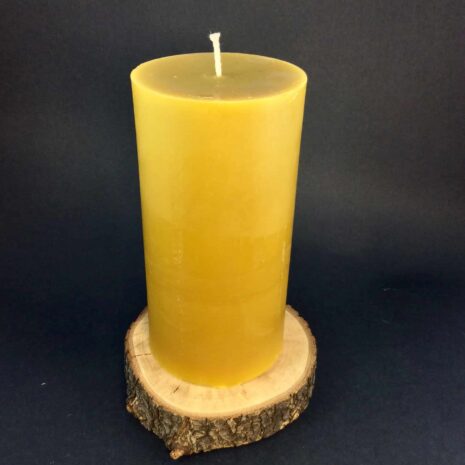 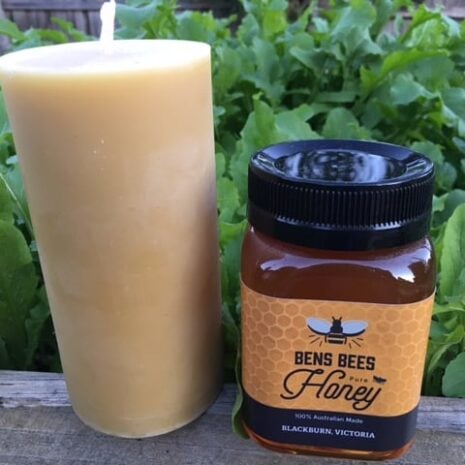 This pure beeswax candle does not burn for hours but for days!

It is over 15cm tall, 7cm wide and weighs over 1/2 kilo of pure natural beeswax.

Lanolin also referred to as ‘wool wax’ or ‘wool grease’, is a wax secreted by the sebaceous glands of wool-bearing animals, typically sheep. It is a common ingredient in cosmetics, as well as some lubricants and polishes. There is no doubt, however, that beeswax is the important wax sourced from animals, with a long and rich history of human usage. Beeswax continues to be a popular constituent of shoe and furniture polishes, as well as being of importance in cosmetics, and in the maintenance of percussion and woodwind instruments. One of the earliest recorded human uses of beeswax was as a crude form of tooth filling in the Neolithic period. The ancient Egyptians are believed to have been the first civilisation to have harvested honey and wax from bees, with the first beeswax candles appearing in about 40 BC. These contained wicks fashioned from rushes; it was not until many centuries later that cotton wicks were introduced. 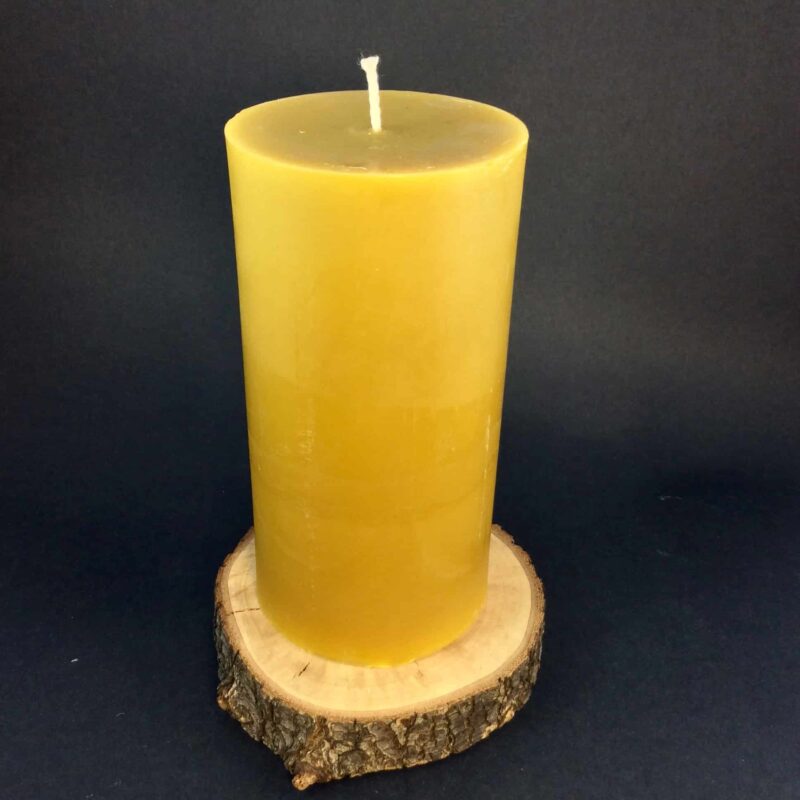